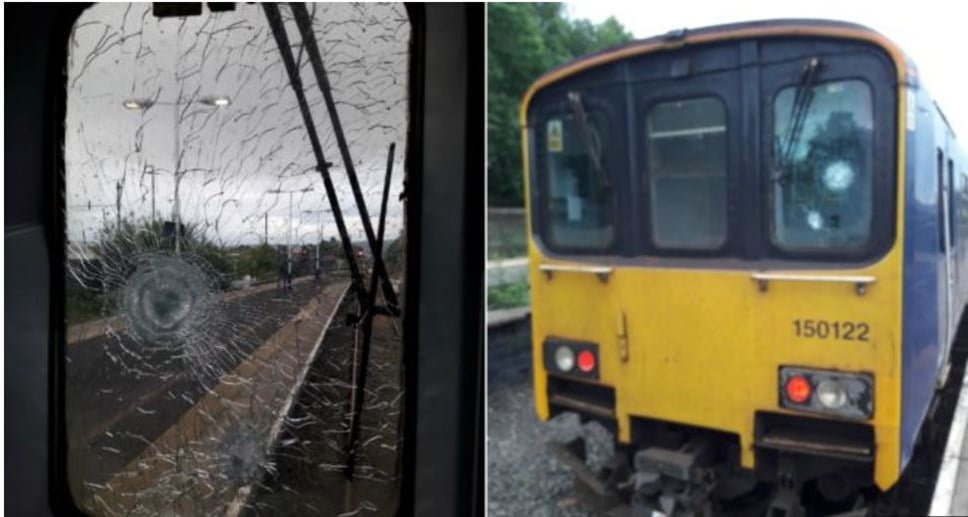 Following an incident where a stone was thrown at a moving train, train operator Northern are offering a £500 reward.

The incident in Greater Manchester happened on the 22nd June, and the reward is available to anyone who can provide information which leads to a conviction.

At 6.30 pm the train was passing through an area near to Clegg Hall Lane between Smithy Bridge and Rochdale stations. The stone was thrown a bridge which smashed the cab window and caused minor injuries to the driver.

Chris Jackson, Regional Director at Northern, said: “This was a shocking incident in which a stone was thrown from a bridge, smashing the driver’s cab window and causing minor injuries to the driver.

“Thankfully the driver has made a full recovery, but it is only through good fortune that this was not a much more serious incident.”

Chris added: “Officers investigating the incident believe a man wearing a red hoody threw the stone and I am now appealing to any with information about this to come forward. Someone will know who did this and we need to find them before they do something similar which may have far worse consequences.