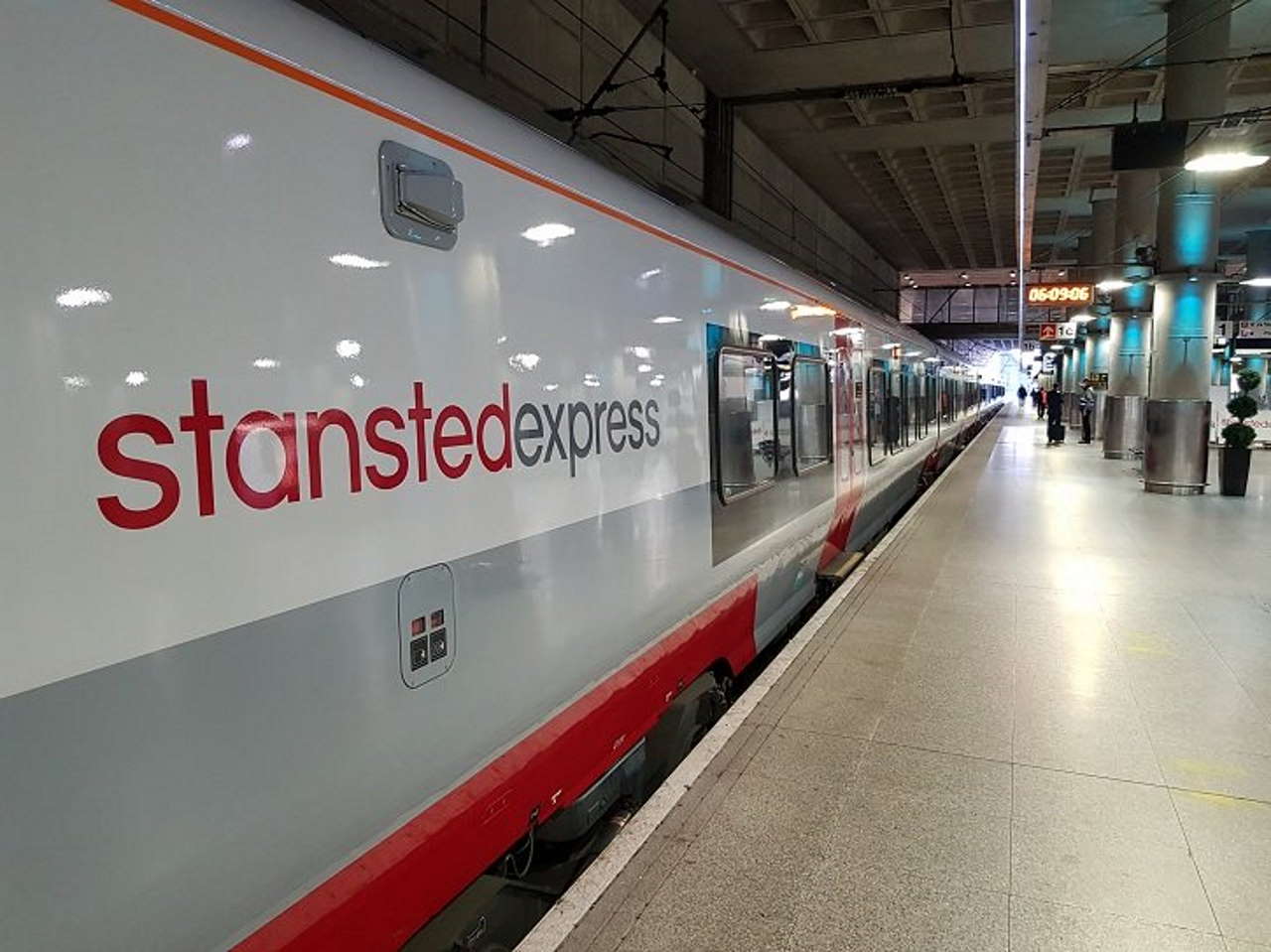 The first train to be operated by one of the new 12-carriage trains, built by Stadler, left London Liverpool Street for Stansted Airport at 05:06 this morning, Tuesday 28th July 2020.

“They provide significant benefits for both airport travellers and other customers travelling to or from London from stations such as Bishops Stortford and Harlow Town.

“This milestone marks the start of the final phase of the programme to introduce the new trains being built for us by Stadler.

“All 38 bi-mode regional trains and ten 10 electric intercity trains are already in passenger service. Over the next six to nine months we will replace all the current trains on the Stansted Express services with new trains, as part of our phased programme for bringing our new trains into service.

“As we do so, we will be able to progressively transfer the current Stansted Express trains on to other West Anglia services, enabling some of the older trains to be withdrawn from service.

“This means many more passengers start to see the benefits of better trains, in advance of the introduction of our new commuter trains on West Anglia services, which is expected to begin in the latter half of 2021.”

Steve Griffiths, Managing Director for London Stansted Airport, said: “The start of the introduction of brand new Stansted Express trains is fantastic news for all users of the service, including airport passengers, staff and local commuters as they travel between the airport and London, significantly enhancing the onboard journey experience and providing a real boost to our proud record as the UK’s number one airport for public transport use by passengers.”

Leandro Haggenmacher, technical project manager for Stadler, said: “The start of the roll-out of trains for the Stansted Express route is a significant landmark, as we enter the final stages of the project to supply 58 new trains for the Greater Anglia network. We are very pleased to have reached this point, recognising the important role Stansted Airport plays in the regional economy, boosting economic growth and supporting jobs.” At the Stephenson Steam Railway in North Tyneside, a full-sized replica of the new Tyne and Wear Metro...