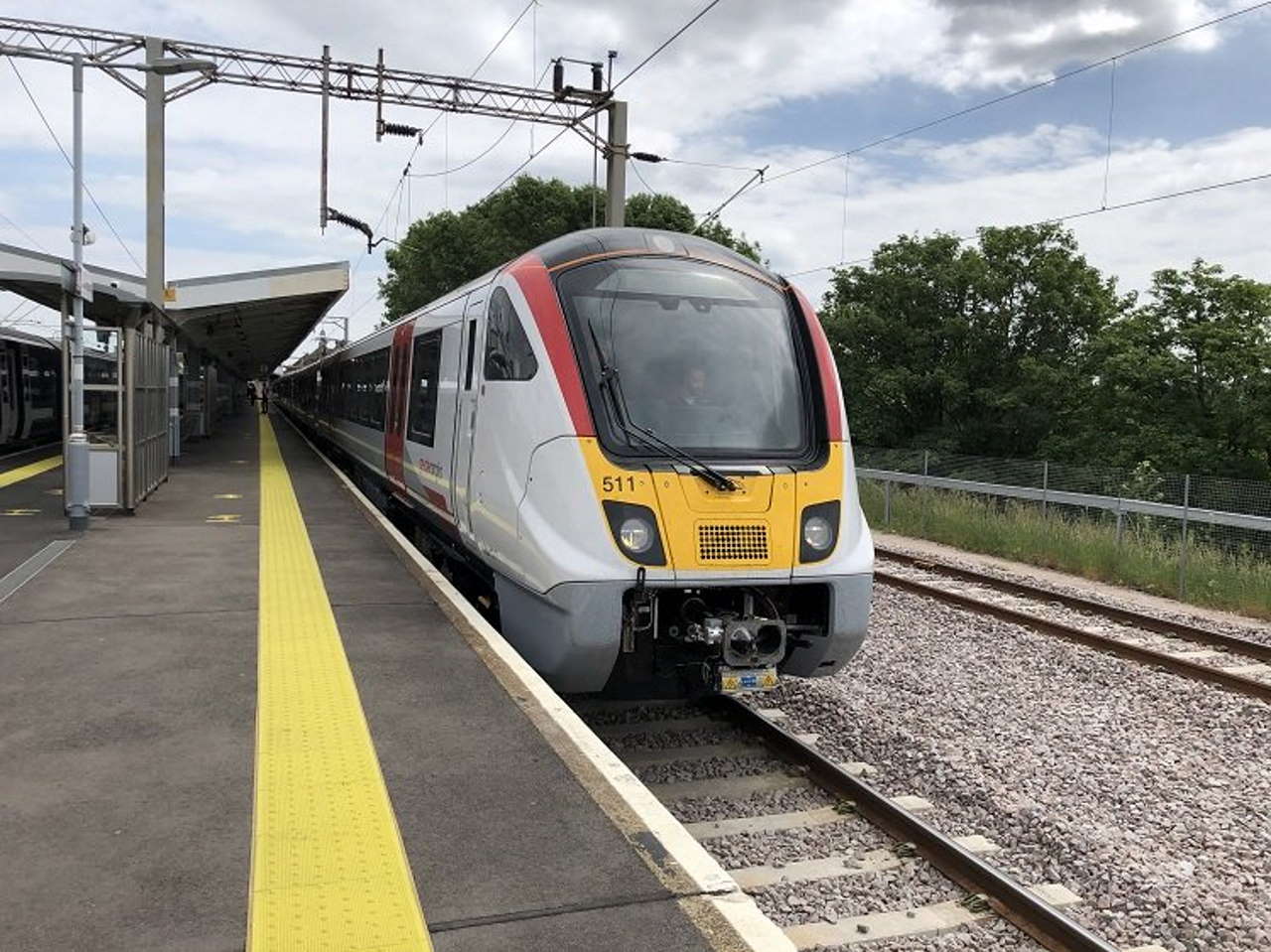 The Office of Rail and Road has confirmed that they have authorised new Greater Anglia Class 720 trains to enter passenger service.

Class 720/5s 720501 to 720589 have been authorised to operate passenger services after the testing period is complete.

The new trains will be used on lines into London from Essex, Cambridge, Hertfordshire and Ipswich.

There are currently restrictions for the Class 720/5s that they cannot operate as 10-car singles units.

One hundred eleven new ten and five carriage trains are in production, 655 carriages in total.

The carriages will have more seats, and the trains will be longer, with better accessibility features and four spaces for cycles.

As more of the Aventra fleet of trains enter service with Greater Anglia, it will allow the displacement of the older Class 317, 321, 360, and 379 fleets operated by the company.

The Class 720/5s are financed by and leased from Angel Trains and have been completed by Bombardier at their facility at Litchurch Lane in Derby.

A Greater Anglia spokesperson told RailAdvent: “We are very pleased that the Office of Road and Rail has authorised our new Bombardier Class 720 five-car trains for entry into service. These trains will help transform journeys for rail passengers in East Anglia. The trains are currently being tested on our network and the first one is due to be in service later this year.”

What do you think of these new trains? Let us know in the comments below.