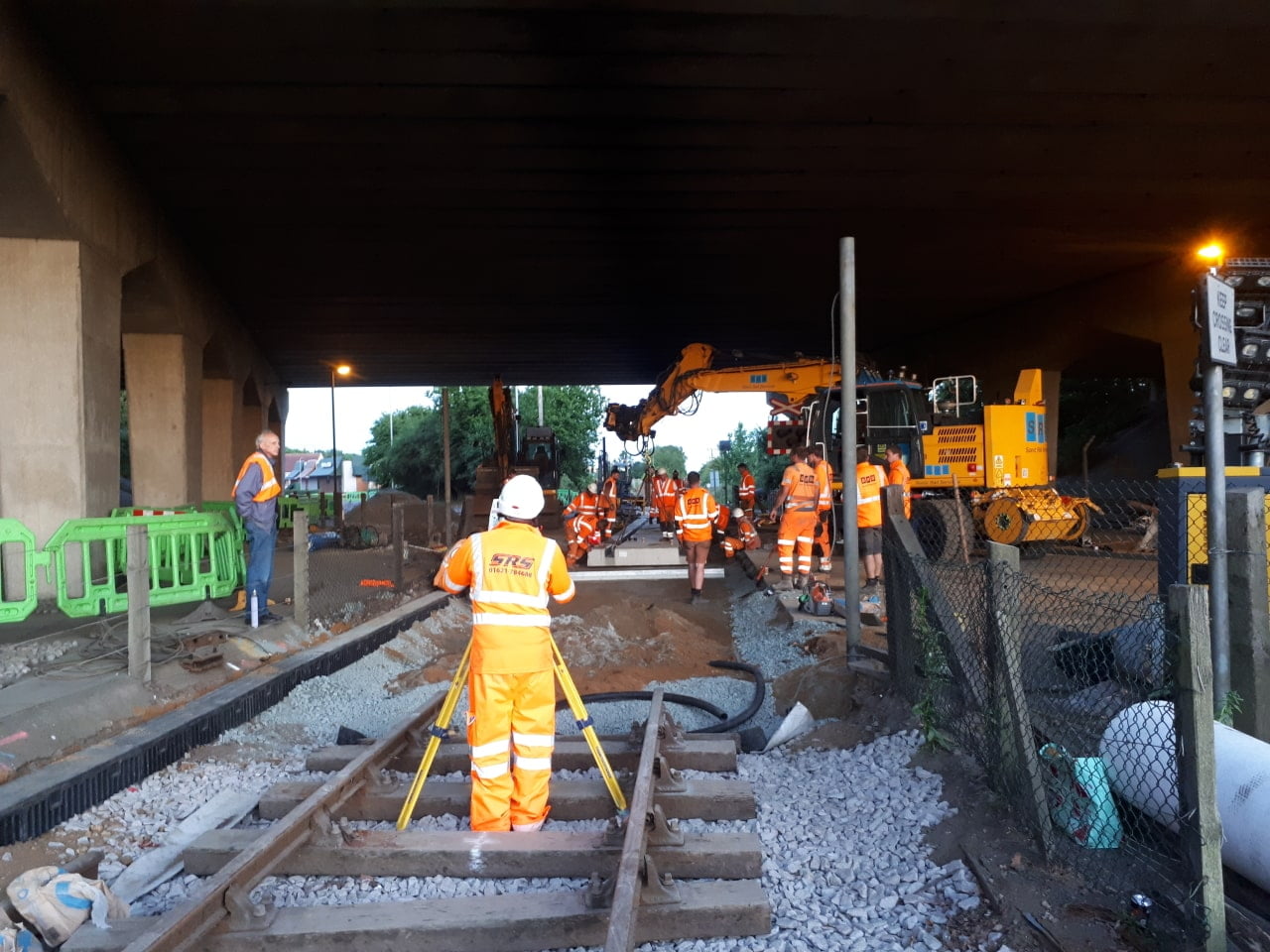 The Mid Norfolk Railway has finished work on the refurbishment of the level crossing on Yaxham Road at Dereham.

The work is a first for the Mid Norfolk Railway as the technology has never been used at such a busy crossing on the entire rail system.

The new level crossing has been completed using a system that has been developed by Edilon Sedra, a Dutch railway infrastructure company.

Volunteers installed the level crossing on the Mid Norfolk Railway alongside contractors from Sonic Rail Services, TXMPlant and a team from Keltbray.

The tracks were then encased in a special resin that was developed by Edilon Sedra.

The finished crossing is expected to have a maintenance-free life of at least 50 years. The crossing rails were also laid onto a special bedding layer that acts as a noise dampener.

The MNR General Manager George Saville said: “We all recognise that this is a difficult year for everyone, however at the MNR we knew we had to conduct this work as the old level crossing had reached the end of its life and therefore had to be replaced.  As a result the railway decided to invest in 21st Century technology for our replacement crossing as it safe guards our long term future.

“I would also like to thank the people of Dereham for their patience as the work was carried out, but I would also like to reassure the local community that we take our responsibilities as here seriously and this development is a another step forward in our work develop the railway for the benefit of all.”

The new crossing has sparked interest from Network Rail and Transport for London, who are both trialling this system. Officials from both NR and TfL have visited the MNR site and it is expected that this type of crossing will be rolled out on the UK rail network.

The Chairman of the MNR, Charlie Robinson said: “I would, on behalf of the railway, like to thank our volunteers and our commercial partners from Sonic Railways Services, TXMPlant, Keltbray and of course Norfolk County Council, Breckland District Council together with Norfolk Highways Agency, for the work that has been done to successfully deliver the new crossing on time and in budget.  All at the railway understand that this year has been a challenge for all, because of the Covid 19 Pandemic and indeed for many it has been a real tragedy.  Never the less for the future wellbeing the railway it is important that where we can, we continue to invest and develop, so that we can once again celebrate the heritage of Norfolk railways by running our trains for the benefit of everyone.”