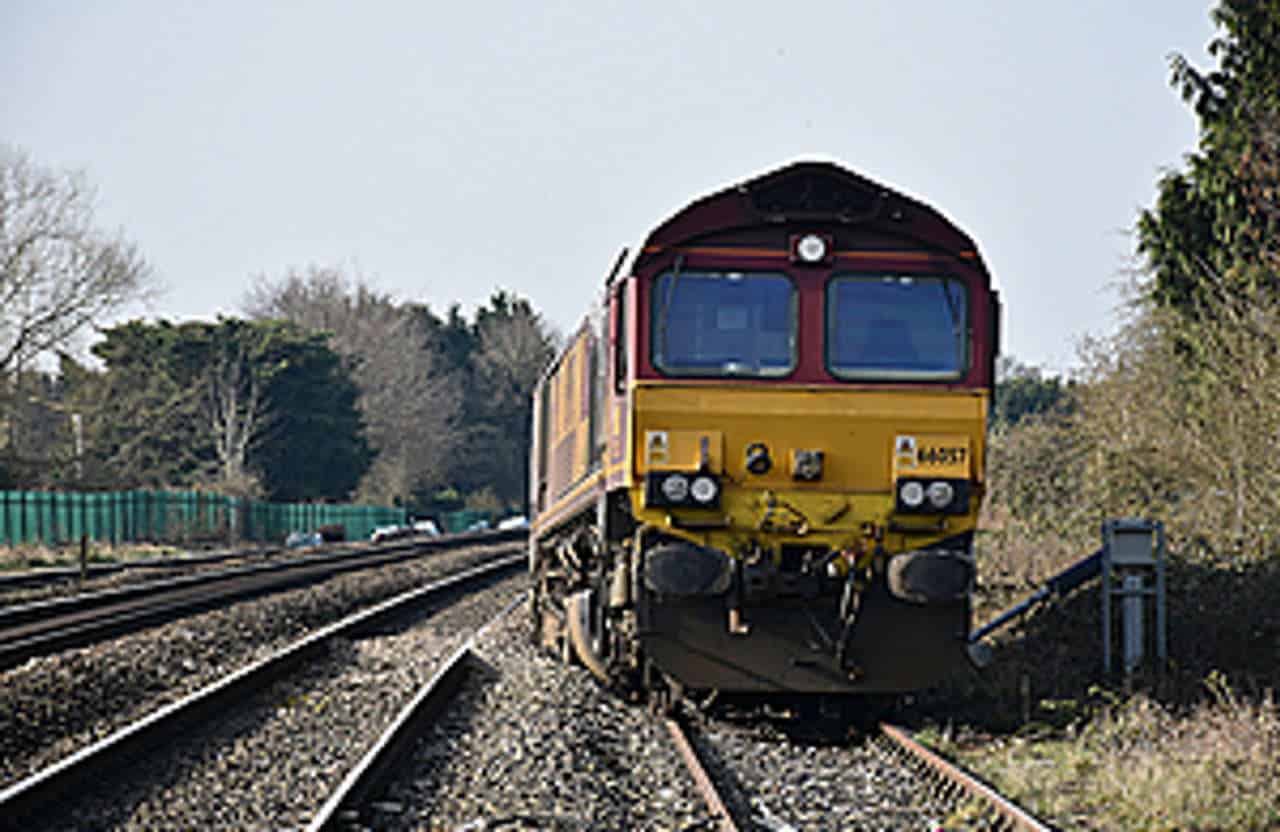 The Rail Accident Investigation Branch has announced that they will be investigating an incident near Bromsgrove involving a Class 66 locomotive and a Class 170 passenger train.

At around 22:43 hrs on Monday 23 March 2020, a 3-coach class 170 passenger train, operating the 21:05 Cardiff Central to Birmingham New Street service, was approaching Bromsgrove station when it collided with a class 66 locomotive that had derailed at the end of a siding.

There were four passengers and two crew on board the passenger train, and none reported any injuries.

The locomotive had just arrived from Bescot, to act as a banking locomotive to assist the heavy freight trains up the 1 in 37 Lickey incline north of the station.

The Class 66 derailed as it ran through the buffers at the end of the siding – it stopped with its front left corner fouling the line of northbound trains. The driver was not injured, but the locomotive suffered damage to the corner of the leading cab.

The RAIB will publish its findings when they have finished all investigations.