Rail Riders has a named locomotive once again! 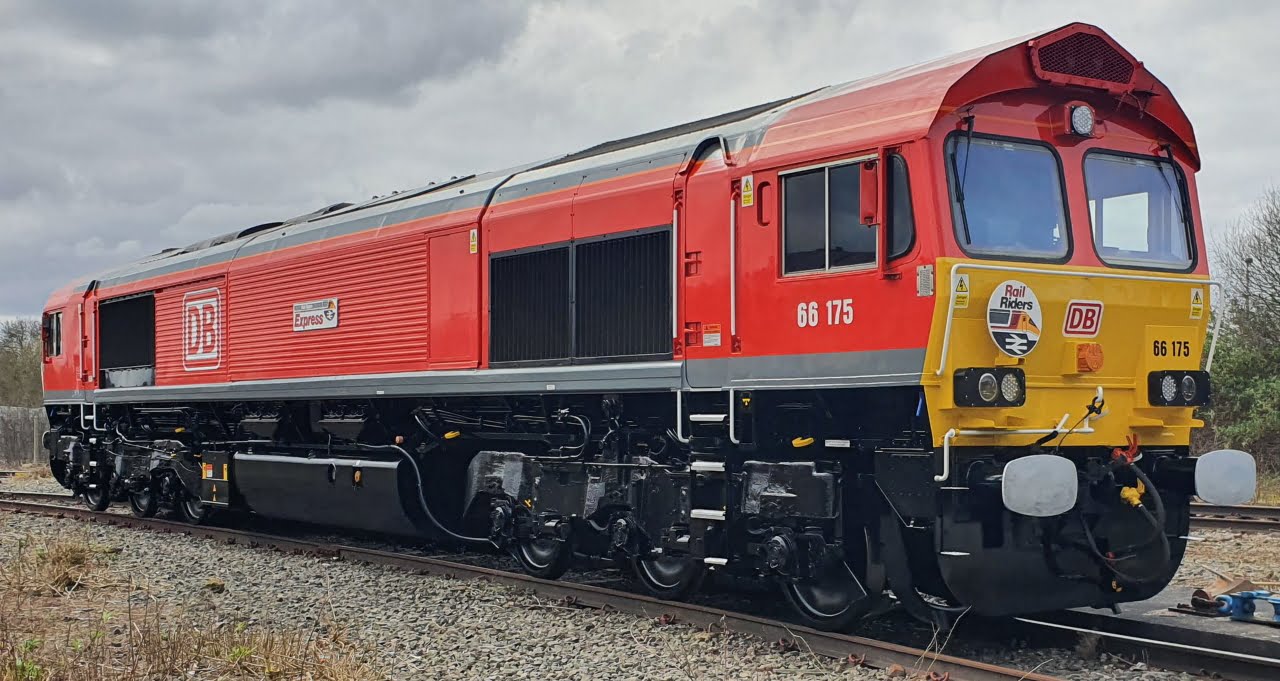 As you may have already heard, Rail Riders have announced that they have had a Class 66 locomotive named after the club.

It was planned to launch the Rail Riders Club earlier this month at an event at the Midland Railway – Butterley. However, due to the Covid-19 Pandemic, it was confirmed that this was postponed.

Due to the event being in the planning since September 2019, it was decided to name the locomotive at DB Cargos Toton depot on the 20th March.

66175, now named Rail Riders Express, was spruced up for the event and made its first trip as a named locomotive as 0P01 1740 Toton depot to Bescot.

Soon after being launched, 66175 has attempted to rescue 66057 near Bromsgrove after its incident last week.

Are you a member of RailRiders? If you are, remember that as a member you can get a discount off every product in our online store.

You can find out more about RailRiders by visiting their website.

It was a bit surreal naming locomotive that we had planned to form our launch event, with no one else on site due to the restrictions currently in place. We are very proud and humbled that DB Cargo have given there full support and backing behind the loco naming, we also thank Procast for manufacturing the nameplates as well. We are planning to have a dedication ceremony for the loco and the launch event later in the year once public gatherings are allowed again.