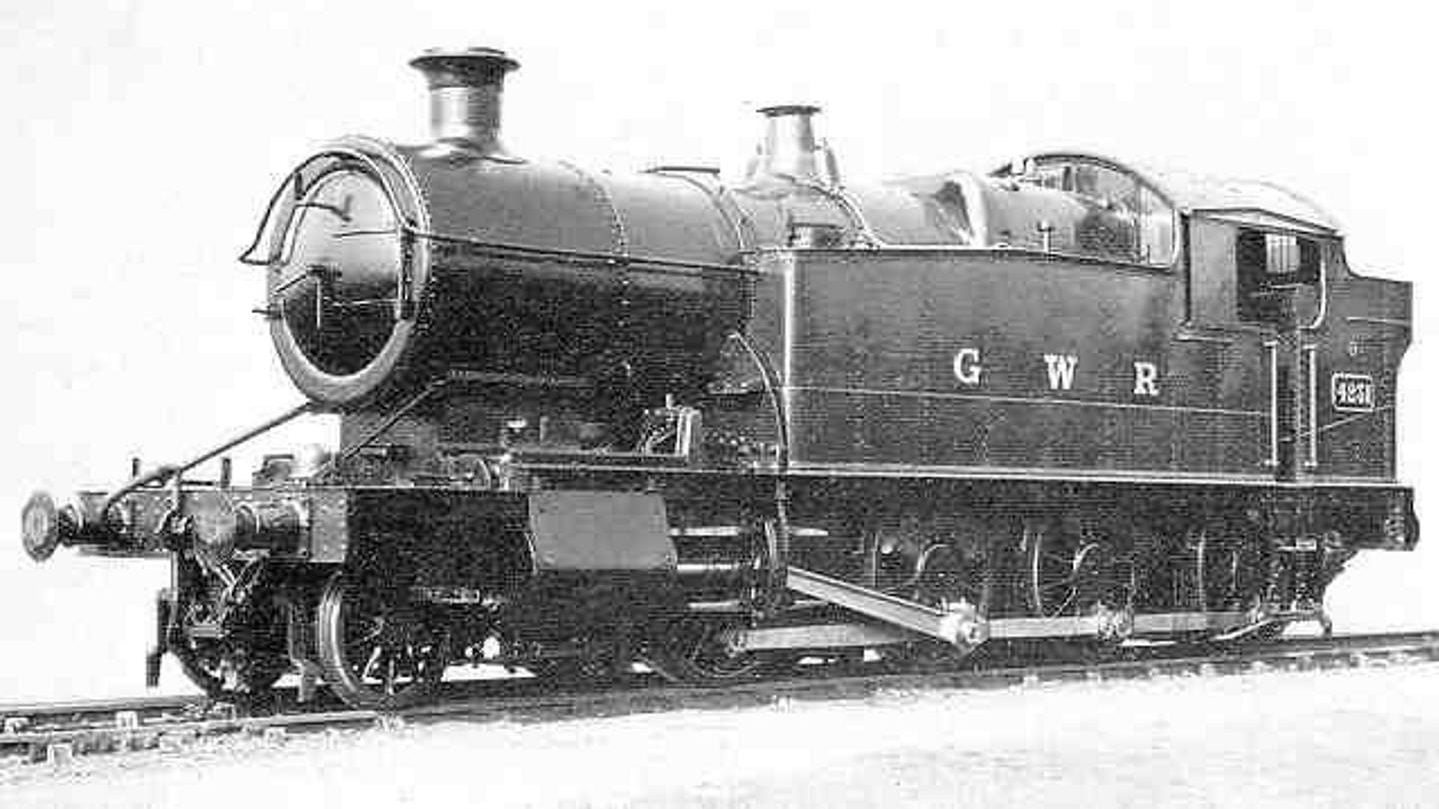 Built for short-distance heavy coal trains, the 4200s and variations played a key part in the transport of Welsh coal.

Once exploring the working careers of each class, we will then see how each preserved member has spent their lives since the end of British Railways steam.

Since the turn of the century, the Great Western Railway had been gaining new railways to either operator rolling stock for or acquired them outright. In both cases, the GWR provided the engines which ran the lines.

Many of these lines were in South Wales, which transported coal from the mines to local ports usually. This coal traffic was growing year on year on average, which over time meant the current locomotives hauling these trains needed replacing.

On most of these lines, engines with a 0-6-2T wheel arrangement dominated hauling the coal trains. This was due to the 0-6-2T layout was suitable for navigating the difficult routes in the harsh South Welsh landscape, which often lead to the tracks having steep gradients and scrap curves.

With heavier trains, a different wheel arrangement would need to be adopted, with Churchward, Chief Mechanical Engineer of the GWR, choosing the 2-8-0T layout. Initially, he had proposed a 2-8-2T, but this was rejected on the grounds it would restrict where the class could run.

The basis for the new class, which would become the 4200s, was the 28XXs 2-8-0 freight engines (More information on the 28XXs can be found here). The slightly smaller Swindon Standard No.4 boiler was used on the 4200s instead of the 28XXs’ Standard No.1 boiler. A spherical joint was fitted on the coupling rod between the third and trailing coupled wheels which gave the engines more lateral movement for negotiating tight curves.

Like many of his classes, Churchward produced a prototype engine, No.4201, which appeared in 1910. Following successful testing, lasting just over one year, the order for the first batch was placed.

One of the compromises of having the No.4 boiler was smaller water tanks, combined with the class’ relatively high water consumption, lead to frequent water refills. Fortunately, most of the routes the 4200s used had water stops but did restrict them to shorter distance trains. Despite this, the class performed well hauling coal trains, with many exceeding 1000 tons.

With the introduction of the first batch, starting with 4202 in 1912, a couple of notable changes had been incorporated into the design. Firstly, the top feed was fitted, as this helped the water movement around the boiler, decreasing the chances of corrosion. Secondly, the coal bunker was extended to increase it’s capacity by half a ton, a total of three and a half overall. Seven years later in 1919, the coal bunker was increased in height to add a further half a ton to hold a total of four tons.

A change in CME of the GWR came in 1922, with Collett now in charge, he decided to give the 4200s a big update and create the 5205 series. The major change being increasing the cylinder diameter to 19in, pushing tractive effort up to 33,170 lbf. Also, outside steam pipes were fitted.

In 1930, the 5275 series was formed. The only differences this batch had over the 5205s was to the running plate around the cylinders, which became raised and curved at the front end. Below shows the Lots for the engines built in the 5205 and 5275 series.

A big blow for the coal industry came in 1929 with the Financial Crash in America, which affected UK industries. This had a big impact on the 4200s and their variations, with many being stored at Swindon Works due to little coal traffic. The limited coal and water supply onboard the engines was one of the main issues they couldn’t be used on many other duties, so Collett produced plans to enlarge the class. By fitting a trailing truck, to form a 2-8-2T, added an extra two tons of coal and 600 imperial gallons of water. This proved to be a success so many of the 4200, 5205 and 5275 were rebuilt into 7200s.

The 7200 class only received one change, which was the amount of coal and water. This was done by fitting a ‘Coal Scuttle’ bunker, which would allow a total of 2,700 imp gallons of water, but only five tons of coal. Although sharing the same route availability of “Red” as the 4200s, the longer wheelbase resulted in the 7200s being barred from a few goods yards.

As mentioned earlier, the Financial Crash took a big toll on the 4200s, with the 5275 series on average only being service for five years before being rebuilt into a 7200. All bar one locomotive survived into BR ownership, with withdrawals starting in 1959 and 1962 for the 4200s and 7200s respectively. The year 1965 saw the end for both classes, with the last four 7200s being removed from traffic in June and 4268 being withdrawn in August.

Thank you to Cameron White for the shot of 7202 and 4247 (YouTube Channel here) and to Pat Kilner for allowing us to use the shot of 4270 at Baron Street, ELR (Flickr can be found here).

We hope you have enjoyed this week’s Class Information, stay tuned for next week’s article.

Where and when to see steam locomotive 60163 Tornado this Tuesday