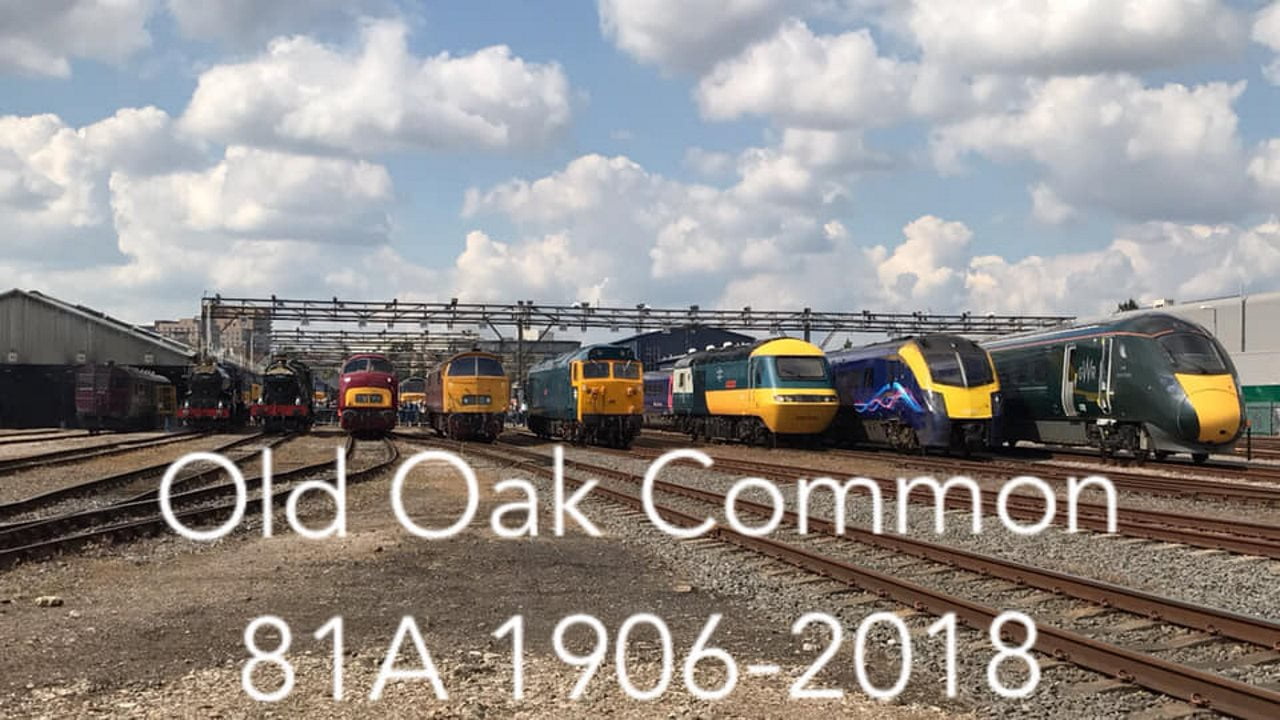 It was initially used for servicing and maintaining GWRs fleet of steam locomotives, such as Pannier Tanks, Manors and the 4700 class.

Later on life, Old Oak Common moved to servicing and maintaining the fleet of BR diesel locomotives, such as Westerns.

More recently, it has been used for servicing Great Western Railway’s fleet of Intercity 125 ‘HST’ trains.

However, the train operating company is now moving with the times with Hitachi Class 800s ‘Intercity Express Trains’. The closure is also because of the building of HS2 from the south of England to the North via the Midlands.

In September 2017, Old Oak Common held their OOC111 Open Day, celebrating 111 years of operation in the UK. This open day celebrated all locomotives that had operated out of Old Oak Common over the years, and included A1 60163 ‘Tornado’, BR ‘Britannia’ No.70013 ‘Oliver Cromwell’, 4 Class 50s, a Western, a HST Prototype and a HST, a Class 800, GWR Tanks and a lot more.

See below for a video of the open day from RailView!

Coupled wheel springs replaced on A1 steam locomotive No. 60163 “Tornado”