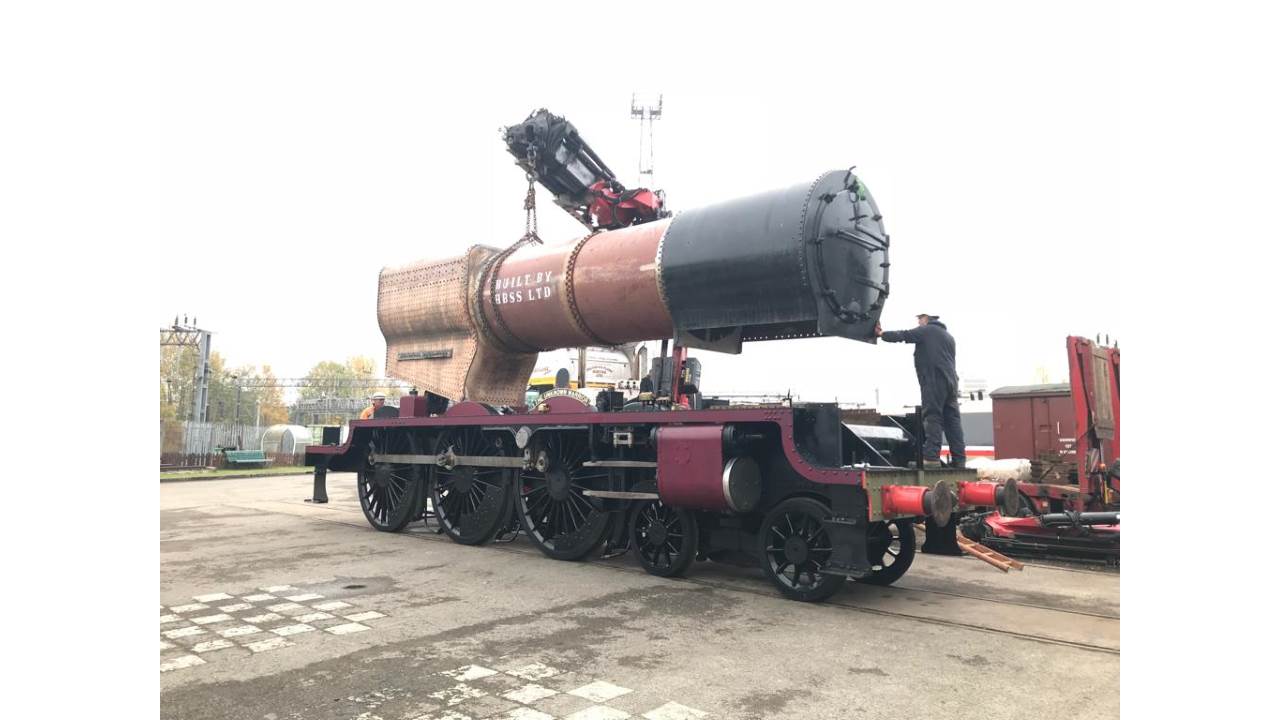 Simon Weston CBE is to unveil the new crest for steam locomotive 5551 The Unknown Warrior this weekend to commemorate the centenary of the Armistice.

The new crest will be unveiled at an event at Crewe Heritage Centre at 3 pm on 10th November.

5551 is new build steam locomotive. ‘The Unknown Warrior’ is being built to commemorate all those who fought and died in conflicts since the Great War.

The new memorial engine will be decorated with poppies and wreaths for the 100th anniversary of the Armistice on 11th November. This recreates a tradition that was seen on Armistice Day in steam days with the original memorial engine named PATRIOT – In Memory of the Fallen.

Recently, 5551 ‘The Unknown Warrior’ has been moved to Crewe Heritage Centre for its boiler to be trial fitted by Heritage Boiler Steam Services.

Crewe Heritage Centre will be open to the public this weekend where 5551 and visiting Freightliner class 66 ‘PATRIOT’ will be on display courtesy of Freightliner UK/Genesee & Wyoming.

A heritage bus is also expected to run between Crewe Heritage Centre and the Alsager Model Railway Exhibition at the Bentley works in Crewe.

“We are honoured that Simon Weston CBE, will unveil a crest on the new national memorial engine ‘The Unknown Warrior’. As a serving soldier himself, his bravery and courageousness in the line of duty is exemplified by all those who fought for their country”.