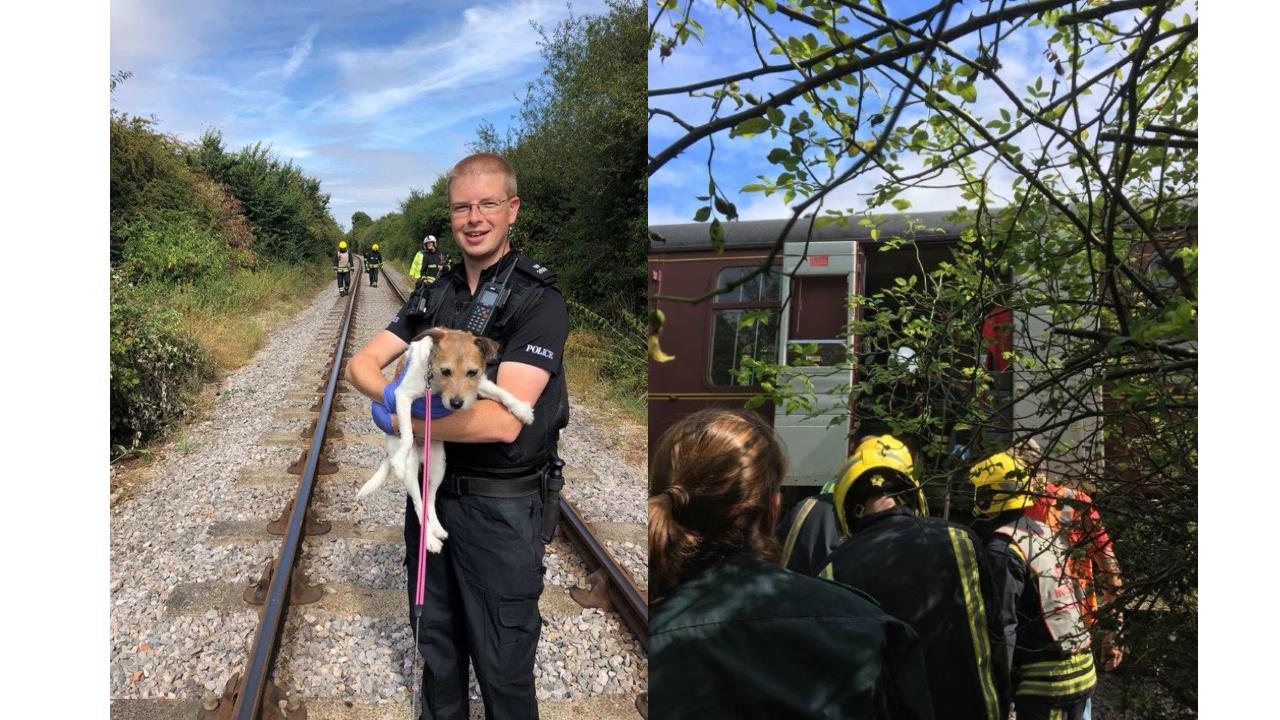 Swindon North Police, via their Facebook page, has announced that they had to get the help of a steam train to help get an injured dog walker to safety.

A member of the public called Swindon North Police yesterday morning to say they could hear screams of help coming from near the Swindon and Cricklade Railway.

Trains were stopped on the line where officers found the injured dog walker who had broken her leg where her foot had gone through a rotten plank on a bridge.

All the emergency services were able to reach her to rescue her. However, they couldn’t get an ambulance to her to take her to hospital.

Steam locomotive ‘Spartan’ who had been waiting at Taw Hill came to the emergency services assistance.

The patient was taken onboard the train for the quick trip down the track where an ambulance was waiting.

Our sincere thanks to all the volunteers at the Swindon and Cricklade Railway for all their help, and to the patient passengers whose trip took a little longer than expected. The steam train will be running again tomorrow (Sunday) as part of their Vintage Weekend if you’d like to have a ride.

Churnet Valley Railway thanks supporters during ‘most challenging season on record’