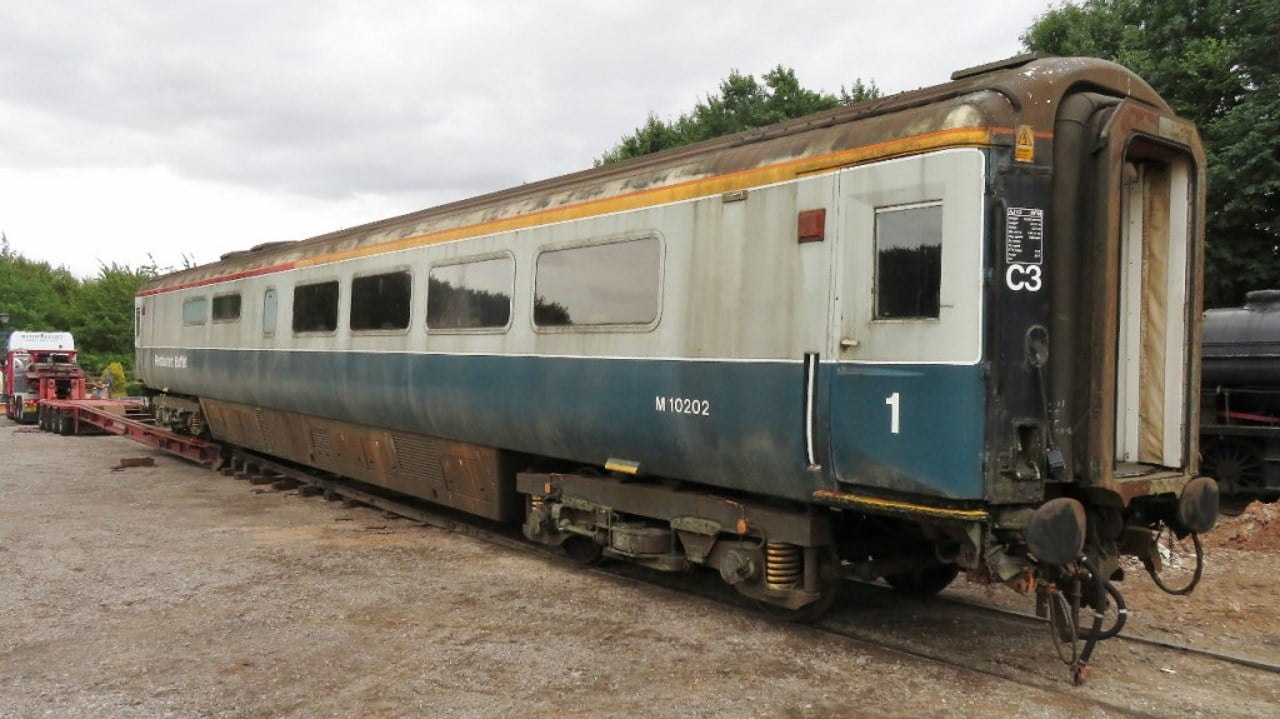 The 125 Group has announced that they have purchased an additional Mk3 Coach. The coach is Restaurant First Modular 10202.

The kitchen/buffet carriage will be used to support the group’s operations at the Great Central Railway Nottingham (GCRN). It will provide a backup to the existing catering coach, 10206.

10202 was previously owned by Arriva and has spent several years at Long Marston. It is in good condition and is currently painted in British Rail blue/grey vehicle. It comes with a fully equipped kitchen.

The carriage was built in 1976 as High-Speed Train (HST) TRUK kitchen car 40504, part of the Inter-City 125 fleet until it was converted to locomotive-hauled stock in the mid-1980s.

The carriage has arrived, courtesy of Reid Freight Services, at the group’s base at GCRN Ruddington.

The operational coaches run on regular passenger timetable days at the GCRN powered by prototype HST 41001. All trains have a buffet on board with hot and cold drinks, wine and real ale as well as bacon and sausage baps.

Some restoration work is required to return 10202 to operational use, including electrical and air system testing, replacement wheelsets and a good clean.

The 125 Group is looking to raise money to build an HST depot at the GCRN to enable undercover storage and work to take place. See the groups website for more details.

“Catering on board our rolling stock provides a valuable income for 125 Group and having a second RFM vehicle is vital to ensure we keep the money stream coming in should we have issues with one of the vehicles. We hope to have 10202 in traffic within a few months for visitors to GCRN at Ruddington.”