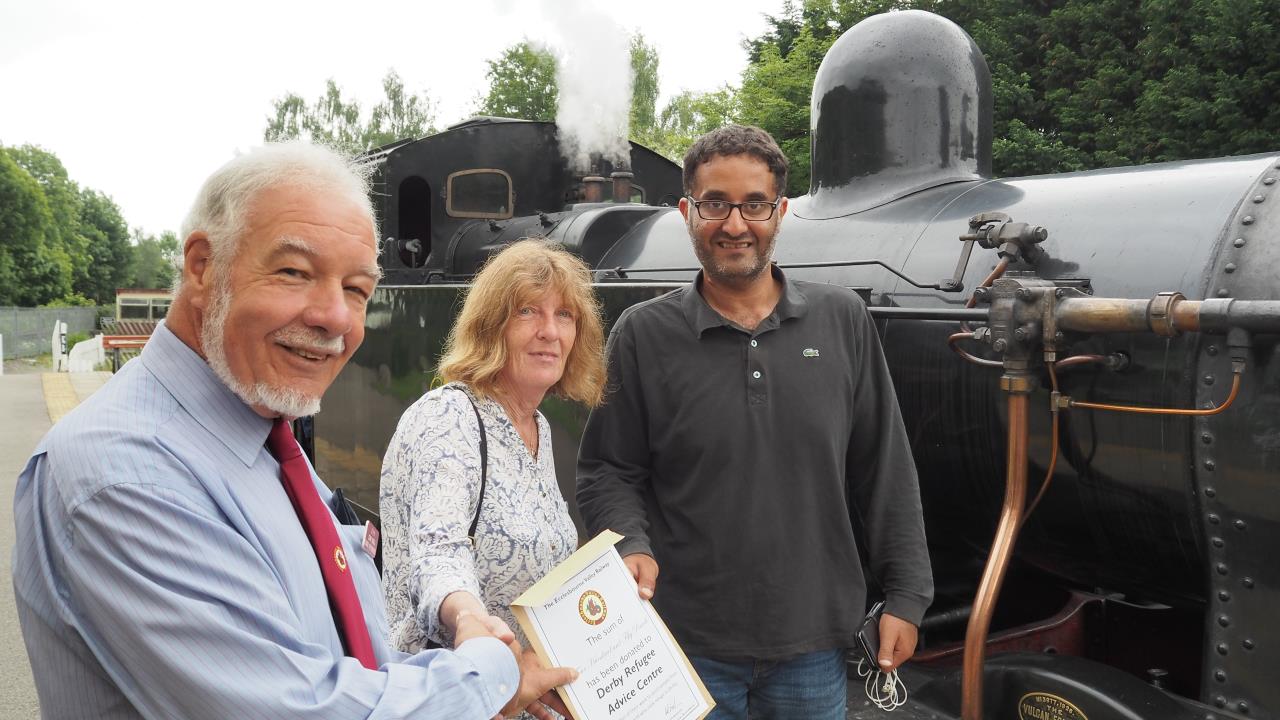 The Ecclesbourne Valley Railway have announced that they have raised money for the Derby Refugee Advice Centre, or DRAC.

The railway has sent a donation of £450 to the DRAC thanks to the generosity of the volunteers of the railway and also the supported in Wirksworth, Duffield and villages along the Ecclesbourne Valley.

The Derby Refugee Advice Centre received the donation at Christmas when the Ecclesbourne Valley Railway ran a Christmas Carols Train to support the charity.

The railway began its relationship with the Derby Refugee Advice Centre in September 2017 when a group of refugees visited the railway as part of a visit to Wirksworth.

Since the first visit, the two organisations have maintained their relationship and have worked together to organised trips out.

It is now hoped that The Derby Refugee Advice Centre will be able to undertake further visits to the railway in the future.

“We are delighted to assist Derby Refugee Advice Centre and this donation reflects the spirit of the people and churches of Wirksworth, Duffield and the whole Ecclesbourne Valley”.