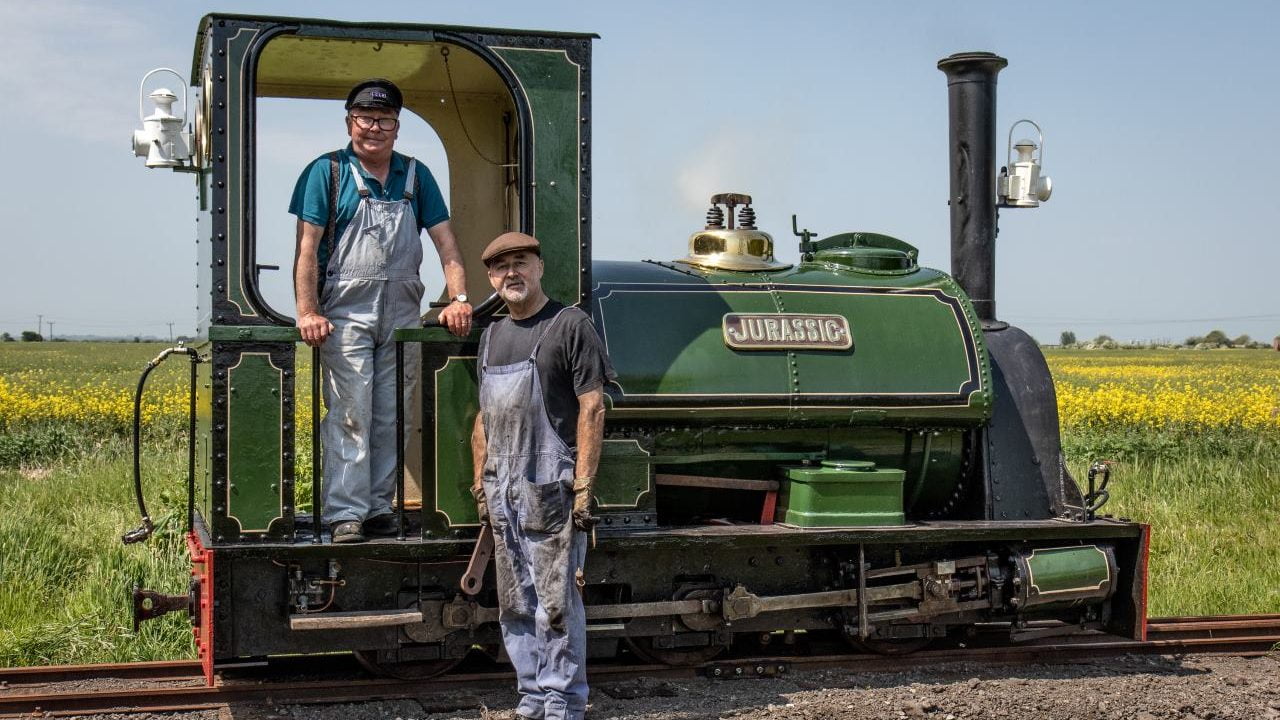 Regular train services, including some trains operated by steam locomotives, have begun operating over the extension on the Lincolnshire Coast Light Railway.

The narrow gauge line has been extended by around 150 metres to the Skegness Aerodrome. The terminus loop at South Loop has been moved to this new point with provisions made for the construction of the line’s second station at some point in the future.

Services on the extended line began on Sunday 27th May 2018 using diesel and steam locomotives.

Dave Enefer has taken the photos used in this article and shows the initial trains over the new extension, one of diesel locomotive No. 5 ‘Major J.E. Robins R.E.’, which was built in 1944 and the other photo shows newly restored steam engine ‘Jurassic’. The steam train was full and justified all the hard work that the volunteers have put in, especially over this tough winter with all of the weather changes!

The railway saw visitors from London, Cheltenham and Warwickshire come for the first trains over the extensions.

In between the service trains, the railway ran demonstration trains of military vehicles from the First World War with heritage diesel locomotives, every vehicle was in an operational condition and were all operated for visitors to see. The hand pump trolley from Admiralty Seaplane Jetty at Killingholme also made a rare appearance.

The driver of the first train was Peter Balderston, with the driver and fireman of the first steam train over the extension being Mick Allen and Mike Gott respectively. The train guards on both were Calvin Roberts and Aaron Knight. The responsible officer was Richard Shepherd. The booking clerk was Julie Bates and the platform supervisor was Chris Bates.

Some passengers even asked for their tickets to be dated and signed by the ticket clerk as proof they had made railway history by going over the new line on its opening day.

The LCLR will be next in operation on the 9th June 2018 with diesel heritage locomotives offering free train rides as part of the Caravan Show at the Skegness Water Leisure Park. More on that can be read here.

Summer services will be operating on Saturdays from the 21st July 20188 until the 1st September 2018 and on Wednesdays in August and Bank Holiday Sunday (26th August). The railway will be operating on the weekend of 15th/16th September as part of the Classic Wheels Car Show in the Water Leisure Park. Fares are just £1 return – that must be worth a visit!!

Train services will continue to operate from Walls Lane Station near to the Reception Building of Water Leisure Park in Walls Lane, Ingoldmells.

“The crowds turned out and filled the trains right from the first run over the extended line. Of course, the first steam-hauled train of the day — pulled by our beautiful steam engine ‘Jurassic’ — was full and it justified all the hard work our volunteers have put in over the winter to extend the line and install new run round facilities at the terminus at South Loop.”

“A new section of passenger railway opening in Lincolnshire is a rare and special occasion” added John Chappell. “The railway is home to a historically significant collection of vehicles from the trench railways of the World War One battlefields, which were eventually used to move potatoes for Smiths Crisps on the 23-mile system on the Nocton Estates in Lincolnshire. Other rolling stock comes from quarries, brickworks, saw mills and narrow gauge lines in the Midlands, Yorkshire and Lincolnshire”.