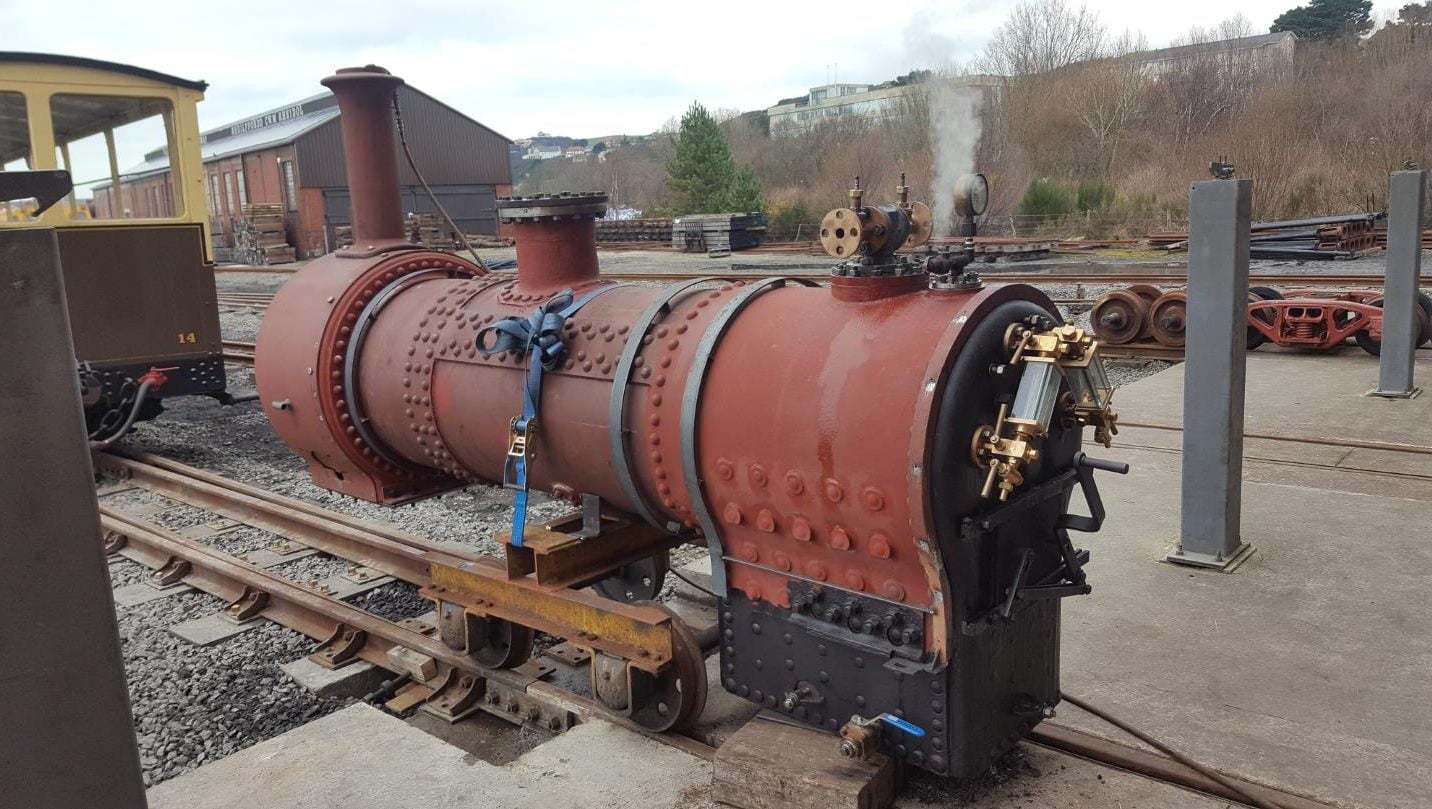 Boiler of No.3 "Sir Haydn" // Credit Vale of Rheidol

The Vale of Rheidol, who are overhauling Talyllyn Railway No.3 “Sir Haydn”, has announced that the engine’s boiler has passed static steam tests.

Now the boiler is steam tight, the next step is to apply the lagging, followed by fitting the cladding, then applying the coats of paint.

Once in the frame, with lagging and cladding on, an official steam test will be carried out.

Brief history of No.3 “Sir Haydn”

The engine originally worked on the Corris Railway from new in 1878 to when the line closed in 1948. A new lease of life was given to the locomotive when the Talyllyn Railway purchases No.3 in 1951.

The engine’s last boiler ticket expired in April 2012, where the engine was then transferred to the Aberystwyth Workshop at the Vale of Rheidol for an overhaul.

Have you ridden behind No. 3? Will you be doing when it returns to steam? Let us know in the comments

Steam locomotive No. 6984’s Tender travels to Buckinghamshire Railway Centre to be paired with 6989 The Talyllyn Railway have announced that it has ordered ordered three new carriages to be built by the Ffestiniog...