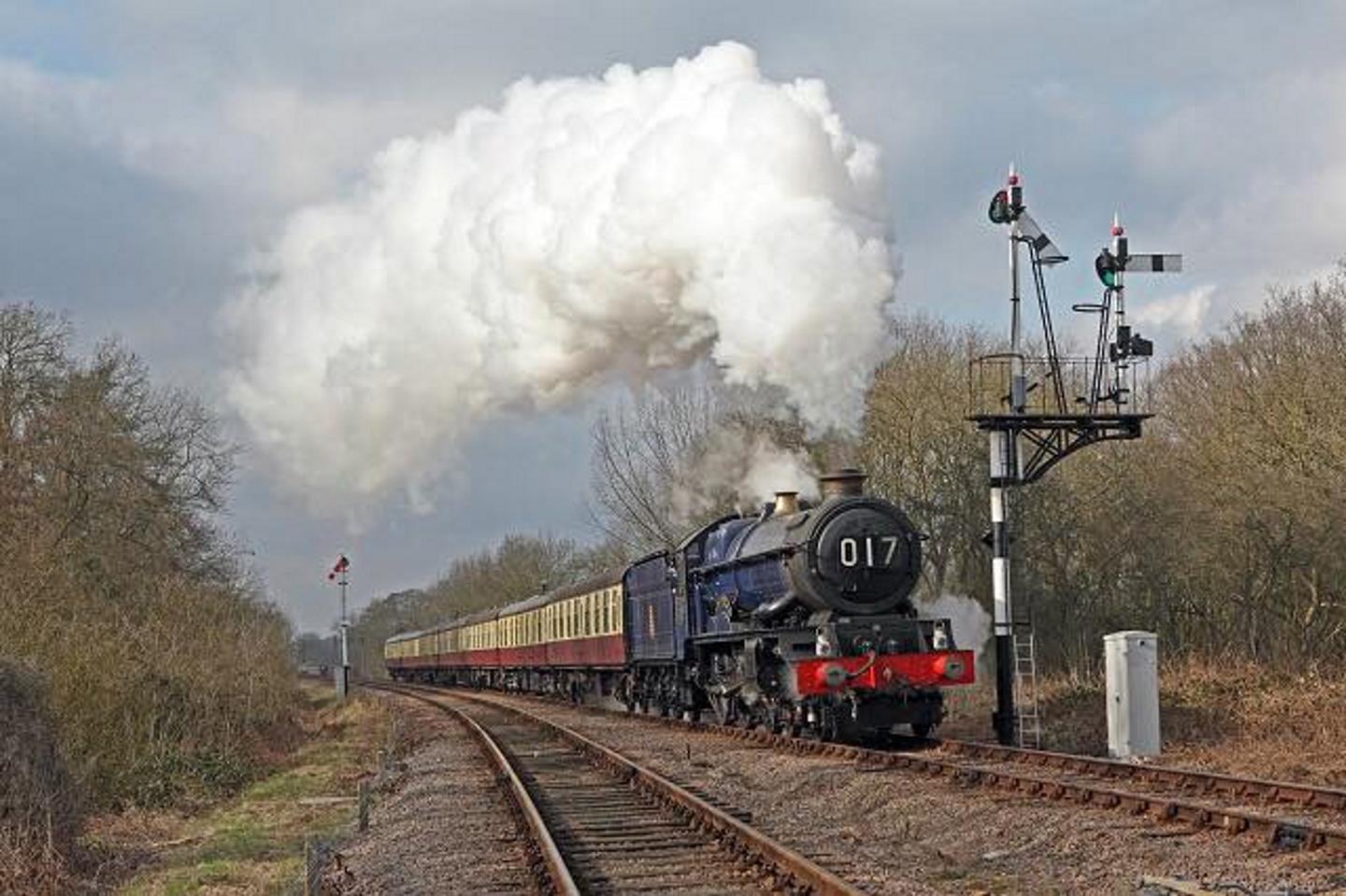 The Gloucestershire Warwickshire Steam Railway (GWSR) has announced that GWR King Class No. 6023 “King Edward II” will be attending their “Cotswold Festival of Steam” gala in May this year.

A week ago, the plans for 6023 were announced by Didcot Railway Centre (DRC). The full details can be found here. Among the plans, a visit to the GWSR for their “Cotswold Festival of Steam” event taking place in May was announced.

6023 can usually be seen at DRC, in both steam and on display with DRC’s large fleet of GWR engines. Unlike fellow preserved class members 6000 “King George V” and 6024 “King Edward I”, 6023 carries BR Lined Blue with Early Crest livery and a single chimney.

6023 joins a line-up of various GWR-designed engines from different classes and SR Merchant Navy 35006 “Peninsular & Oriental SN Co”, of similar power classification to 6023. On top of 6023 being star guest for the gala. It is the first King to visit the line.

On top of this, the newly constructed Broadway Station will be in use, a big milestone in the preservation of the line.

Another two guests are planned to attend, with announcements being made closer to the event.