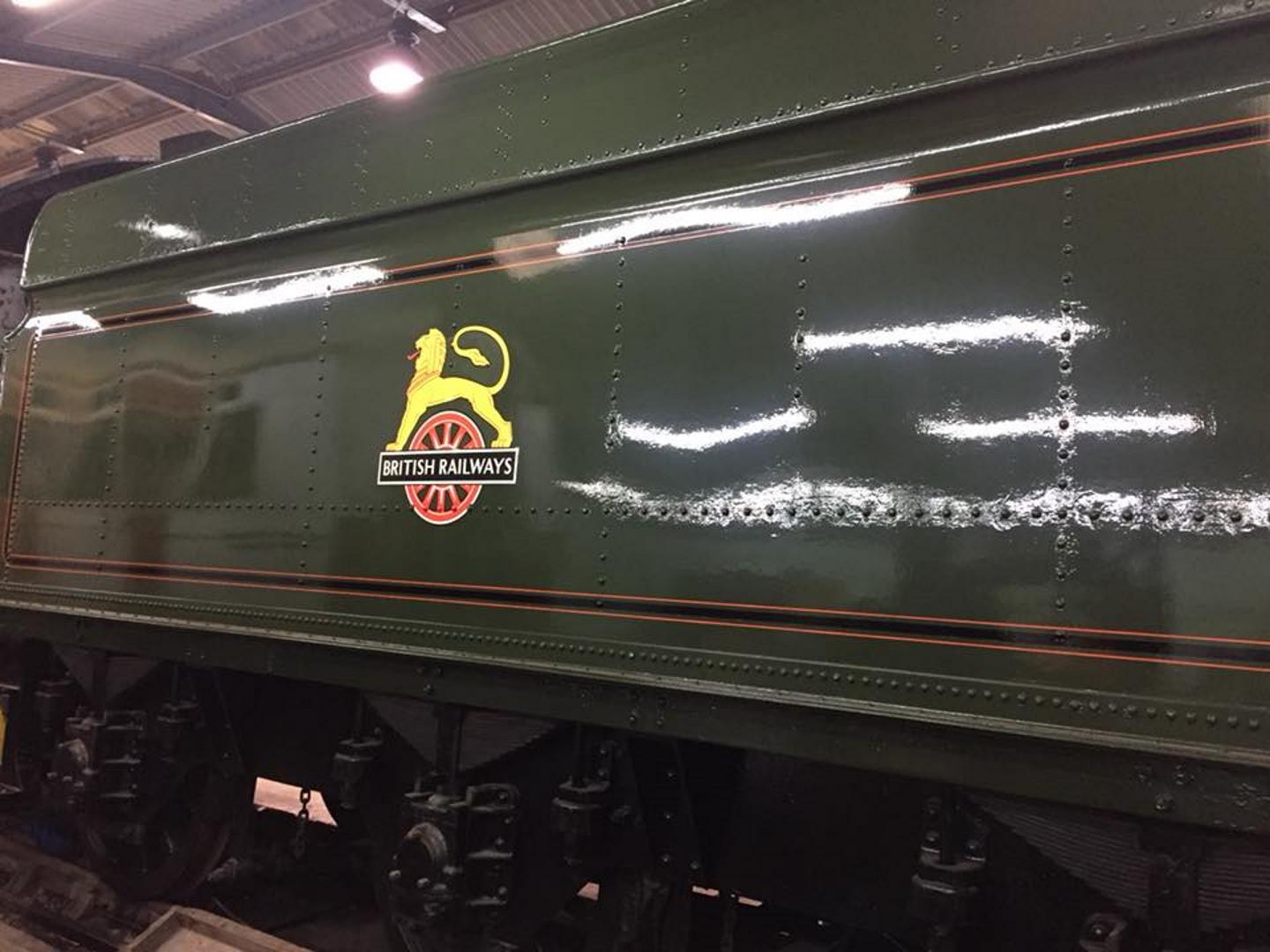 Great Western Railway Modified Hall 6984 “Owsden Hall” is undergoing the final stages of restoration at the Swindon & Cricklade Railway and good progress is being made.

Recent work has seen cab fittings being reinstalled. The vacuum pipe, which connects to the brake valve, has been fitted.

This has involved heating the pipe up to allow it to be re-shaped, cut to correct length and then fixed into place.

The regulator stuffing box has also been completed and is ready for use.

The tender has now received a British Railway’s Early Crest (also known as ‘Cycling Lion’) to its sides.

Being built in February 1948, 6984 would have only carried British Railway’s liveries.