Talyllyn No. 3 passes Out Of Frame Hydraulics Test 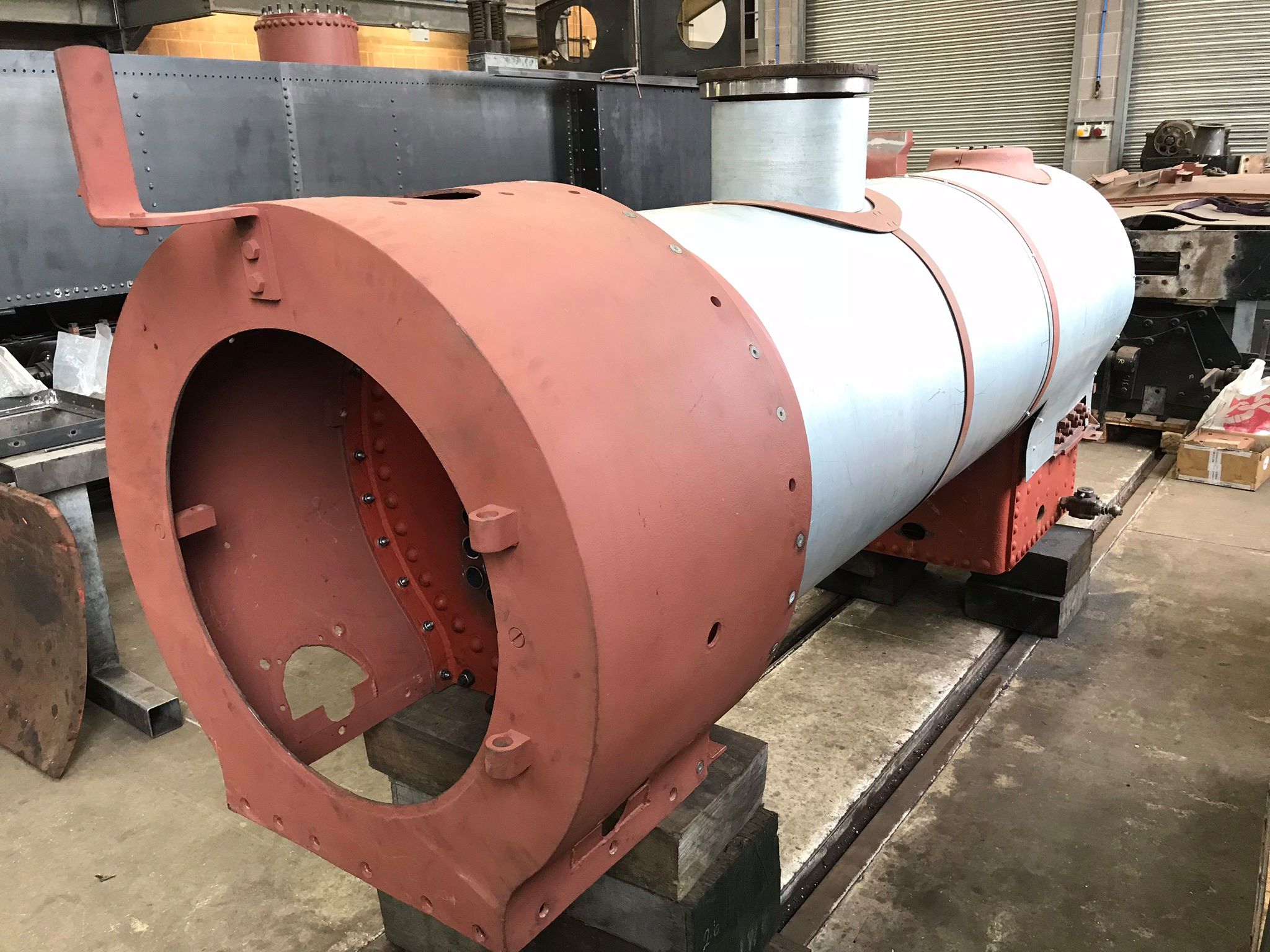 The Vale of Rheidol Railway has announced that Talyllyn Railway steam locomotive No. 3 ‘Sir Haydn’ has passed it’s out of frames hydraulic test

They have also finished the cladding and it has been fitted to the narrow gauge steam locomotive.

The steam locomotive, which featured in Thomas the Tank Engine as Sir Handel, has been out of service since 2012 pending this 10-year overhaul – which is expected to be completed this year.

The Vale of Rheidol Railway took up the job of completing this overhaul at their Aberystwyth works.

The chassis has been connected to its wheels and the buffer been and wheel faces have been repainted.

Test assembly of all parts has taken place before painting and new pipework.

Sir Haydn was built in 1878 by Hughes Loco & Tramway Engineering Works Ltd in Loughborough. The locomotive worked on the Corris Railway alongside resident Talyllyn Railway locomotive, Edward Thomas. No. 3 was purchased by the Talyllyn Railway in 1951 after the Corris Railway closed in 1948. It was withdrawn from TR service in 1957 and after an overhaul, it re-entered service in 1968 and has been in regular use since.