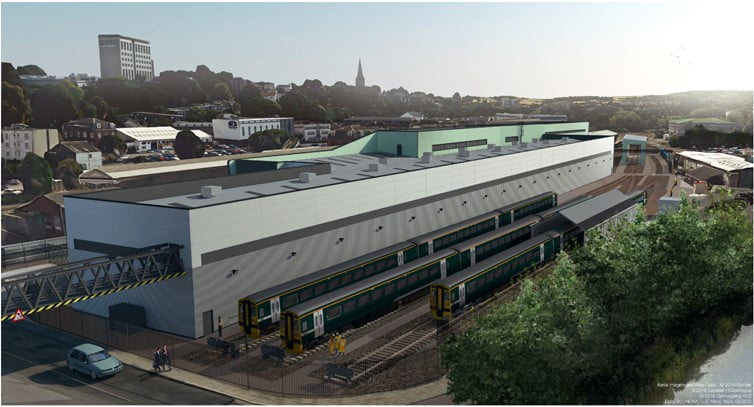 Great Western Railway has announced that contracts have been signed for work to start on a new train maintenance depot (TMD) at Exeter. It is hoped that it will help increase rail capacity in the South West.

The project, which is in partnership with Network Rail and the Department for Transport, will see GWR expand its existing Exeter Olds View depot to accommodate an increase in its fleet size for Devon and Cornwall. This will hopefully see more trains and seats in the area.

Construction of the new TMD is due to start in Spring 2018 and be completed by the Summer in 2019.

New Intercity Express Trains across the GWR mainline will enable the train operating company to provide big improvements in capacity on mainline, regional and local services.

The new depot will be situated alongside the existing facilities next to Exeter St. Davids station and will provide modern servicing and cleaning facilities to support the trains.

GWR Regional Development Manager West, Matt Barnes explains “With brand new electric trains in operation on suburban London services and bi-mode Intercity Express Trains coming to the mainline in Devon and Cornwall this summer, this depot will allow us to expand the regional train fleet at Exeter – providing more carriages, and more frequent services to the area.”

HOCHTIEF (UK) has been appointed to carry out the works. Managing Director, Lawrence Jackson said “HOCHTIEF (UK) is a major supplier of rail infrastructure in the Western Region and is delighted to be supporting GWR in delivering the new depot at Exeter Olds View.

“The project will provide local employment and training through apprenticeships to provide a legacy from the construction work and the project team will liaise with local schools and colleges to inspire the next generation of construction workers.”