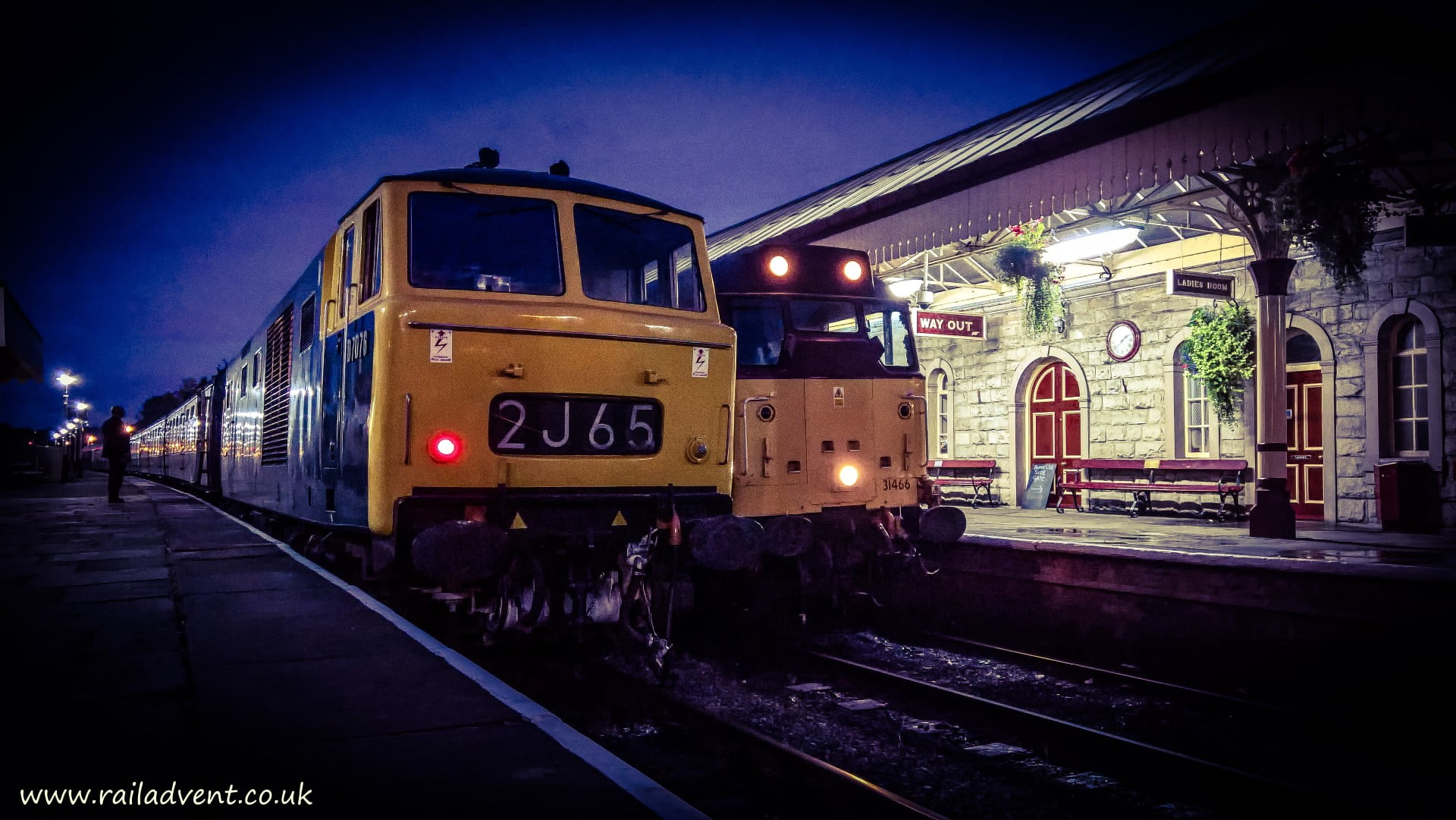 Last weekend, we visited the East Lancs Railway for their annual Autumn Diesel Gala. We have split the day into two parts, Part 1 contains all the daytime footage we took. Part 2 features all the evening and night-time footage.

We start Part 1 off by having a look at the immaculately presented Class 40 D213 ‘Andania’ which was visiting the railway for this event. We also see various trains going to Rawtenstall and Heywood come and go from Ramsbottom (Shots include Bridge, Station and the park across the crossing). We also then moved to Summerseat where we see footage from the Viaduct as well as a fine departure from Summerseat by D7076. Our penultimate stop was Irwell Vale. Our final stop of the for the daytime footage saw us visit Rawtenstall, which is at the end of the line where again we see the shiny D213 arrive from Bury as the sunsets behind it. We also met up with DansRailVideos for a chat whilst we waited for more arrivals.

For the Night-time shots, we stayed at Ramsbottom as we knew that they had some good lighting, which is always a bonus! We start by seeing a shuttle from Bury depart Ramsbottom and enter the sidings to complete its run around. The first double header came in Part 2 as D7076 and D832 ‘Onslaught’ as they depart for Rawtenstall. The shuttle is then ready to depart Ramsbottom in the setting sun. The double header returns on time from Rawtenstall… a little while later, The ‘Beer Ex’ special train arrives late in the pitch black, this train was Double Headed, as well as being Double tailed by the 4 x Class 40s (40013, 40106, 40135, 40145).

We took this footage in 4K using a Panasonic VXF990 with a Rode VideoMicro. We also used a Microsoft Lumia 950 XL using the ProShot App.

Thanks to the East Lancs Railway for another fab gala day. We hope you enjoy the videos 🙂