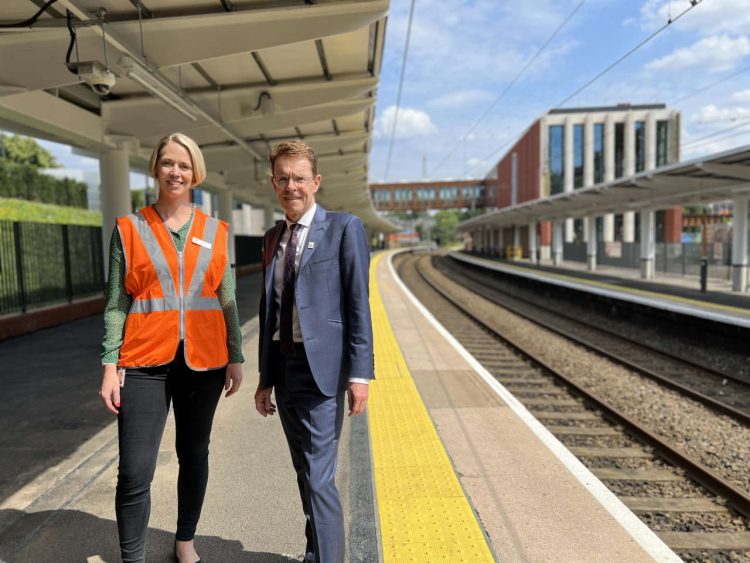 New, wider platforms at University station in Birmingham have been completed in time for the Commonwealth Games and are now in use.

The new platforms are the first of the new facilities to be brought into public use. It is one of Birmingham’s busiest railway stations and is undergoing a major redevelopment, with new station buildings, bridges, and platforms.

Also opened for a limited time during the Commonwealth Games is a new public space providing extra space for people to wait. It will fully reopen with the station buildings when the station redevelopment is complete.

Among those to benefit from the extra space and new shelters on the wider platforms are spectators heading for the Birmingham 2022 hockey and squash competitions.

University station serves both the University of Birmingham and Queen Elizabeth II Hospital and is already one of the busiest railway stations in the country. The new station will double its capacity, providing safety benefits, improving customer experience, and enabling the station to meet future demand. Yearly passenger journeys through the station are currently around 4 million and this is set to rise to 7 million over the next five decades.

University is the first station south of Birmingham New Street on the line to Bromsgrove. It is served by West Midlands Trains from Lichfield to Redditch, Bromsgrove and Worcester, and Cross Country Trains to Cardiff.

“It was exciting to see for myself the great progress being made at University station. Whilst we await the completion of the new buildings, passengers – including Commonwealth Games visitors and university students – are already able to benefit from wider platforms and more space to circulate safely.

“This new station will be a lasting asset for the region, making it easier than ever for the many visitors to the university and hospital to choose the train over the car and help tackle the climate emergency.”

A brand new canal bridge was installed last year as part of the redevelopment of the station.