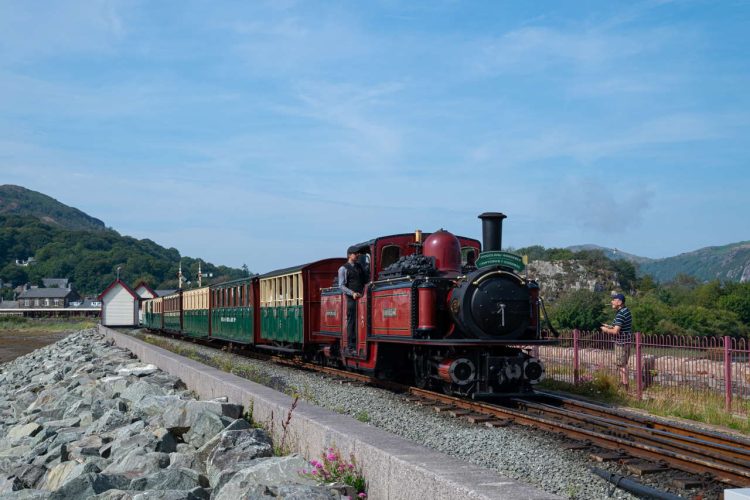 Paul Lewin, General Manager at the Ffestiniog and Welsh Highland Railways, has set out plans for services in the Summer.

With the cost of coal and general living soaring, families and holiday makers are changing the way that they want to holiday, and sometimes are looking for the cheapest option.

In an update released today, 4th July, Paul has set out the Ffestiniog and Welsh Highland Railways plan for the summer.

The Woodland Wanderer trains, which operate between Porthmadog and Tan-y-bwlch are set to be reduced from 5 trains a day to 4, with the trains in the middle of the day being the focus.

The Mountain Spirit trains, which run from Porthmadog to Blaenau Ffestiniog will continue to run 2 times a day until September (the exception being Sunday when only one train runs).

The reduction in The Woodland Wanderer trains means that a set of carriages and a small locomotive can be moved from Boston Lodge to Dinas Works.

This train will then form a new service for the Summer, operating from Caernarfon, the new train service will head to Rhyd Ddu before returning to Caernarfon to offer a shorter train ride from the northern end of the Welsh Highland Railway.

Other Welsh Highland Railway services remain the same until 2nd September when both lines change over to an Autumn Timetable.

Dates for the changes to services are yet to be confirmed but more information will be available soon on the Ffestiniog and Welsh Highland Railway website. With Mountaineer due to have its restoration started soon, the project has announced a new 'Moving Mountaineer' event...