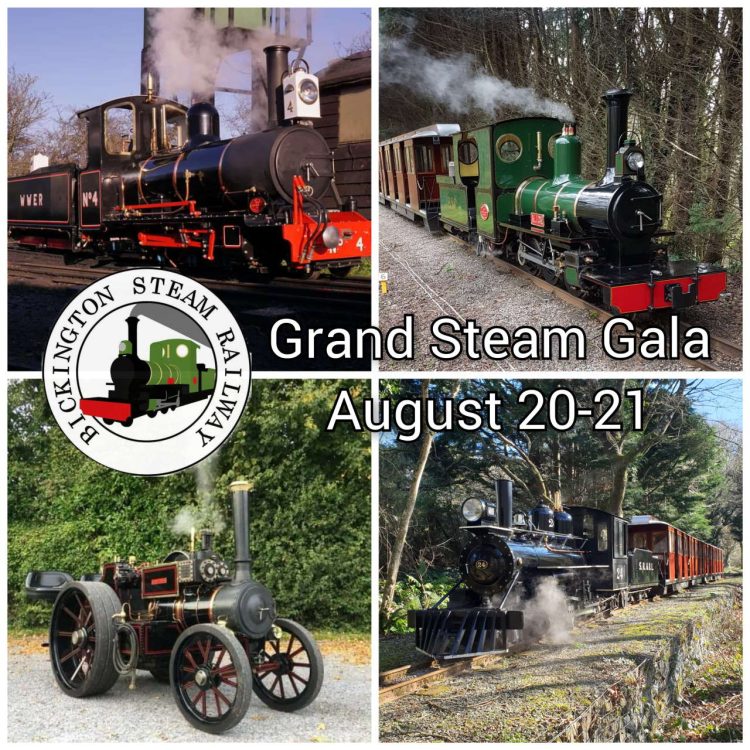 Update: Blanche of Lancaster will no longer appear at the gala.

Also appearing will be 2-6-0 steam locomotive Alice, returning to traffic after its recent heavy overhaul. Also hauling trains over the weekend will be WWER No.4 on its first visit to Devon.

At Riverside, a number of miniature traction engines will be on show as well as a very special guest, which is to be announced soon.

The Railway first opened in 1988 and was constructed by a school headmaster called Brian Nicholson. The railway has an operating gauge of 260 mm (or 10¼ inches) and has remained operating ever since. Features have since been added to improve the attraction and to allow for customers of Trago Mills to use the railway for Park and Ride.

In 2006 a half-mile extension was created to link the car park with the new station at Riverside, linking shoppers with trains to Riverside Car Park. In 2008, Goose Glen Halt opened to connect passengers and shoppers with the Trago Leisure Park and car park. The railway is now 2½ miles long.

During the gala, there will be double-headers, cavalcades, and demonstration freight trains.

New figures for May released by Eurotunnel Le Shuttle