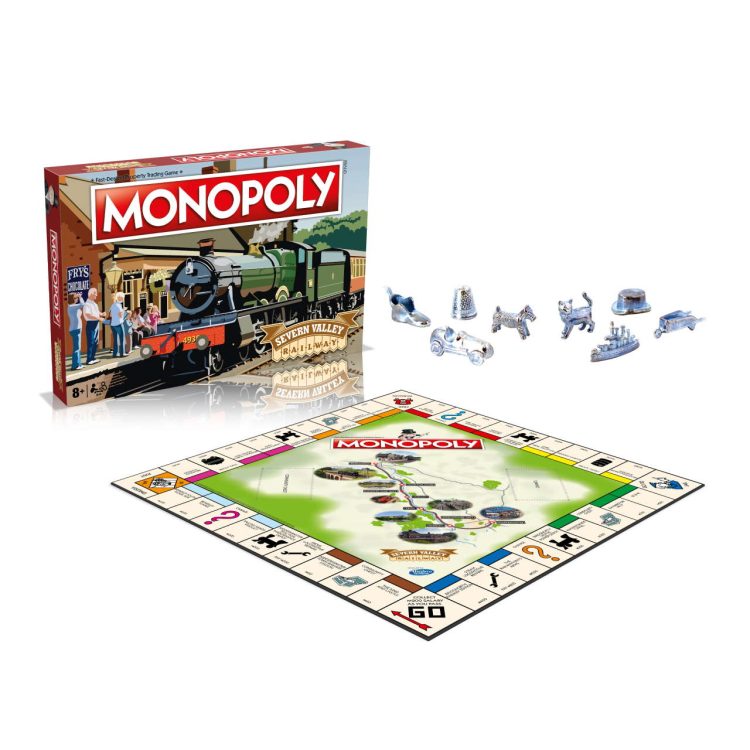 The Severn Valley Railway has launched its own exclusive, customised versions of the popular family games Monopoly and Top Trumps.

The railway runs for 16 miles through Shropshire and Worcestershire.

The classic games have been adapted to feature many of the iconic and historic locations and locomotives associated with the railway.

Players of Severn Valley Railway Monopoly can buy, sell, dream and steam their way to riches as they make their way around the board. Locations featured in the game include the railway’s six stations, along with structures such as Victoria Bridge and Falling Sands Viaduct.

Chance and Community Chest cards have been adapted so that a player may incur a fine for their locomotive blocking the line, or collect a bonus because they have completed all their pre-departure checks.

The specially-commissioned Severn Valley Railway Top Trumps game features 30 steam locomotives with close associations to the railway. Each Top Trumps card comes with a fact file and those all-important and competitive statistics which can be used to beat an opponent.

Whilst playing Severn Valley Railway Top Trumps players will find that they build up a surprisingly large amount of knowledge about heritage steam locomotives.

Helen Smith, the SVR’s managing director, said: “We’ve been working hard behind the scenes to create these very special games. We’re expecting a huge demand as these are completely unique products and will only be available through our online shop at svrshop.co.uk or at our on-site shops.

“Monopoly and Top Trumps are household names from world-renowned brands. Our exclusive versions will make perfect birthday or Christmas gifts and are set to become collectors’ items in the future.”