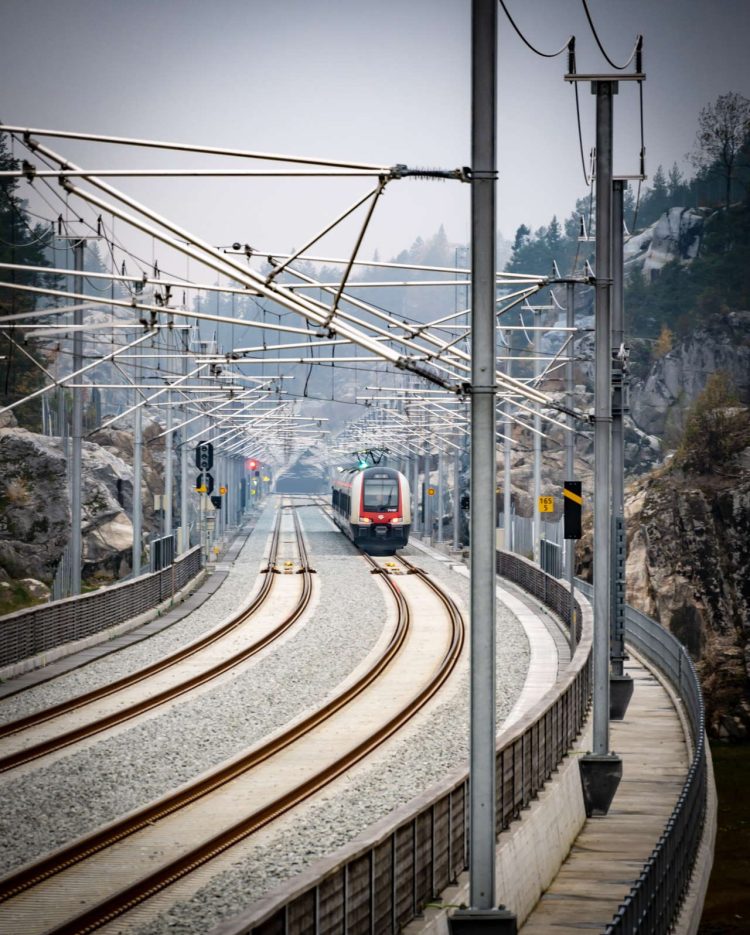 Several countries now use Norwegian tech which brings impressive savings for both climate and society, with Portugal next to join.

If the whole of Europe were to take on the Norwegian technology, a collective saving of power comparable to the consumption of 35 million households could be made.

In Norway, transport is the cause of 1/3rd of climate emissions and of this railway is just 0.3% which demonstrates that trains use the least energy per passenger for all modes of transport. Despite this fact, Bane NOR is still working to create an even more climate-friendly and sustainable railway and an important part of this is Erex, which is a power-saving system which can cut around 30% of the power used by trains.

“Thanks to this system, trains now consume only 75 per cent of the energy they previously used. This leads to lower energy bills for train operators and saves the environment from unnecessary power consumption. A real win-win situation,”

The innovative system has been developed and is operated in Oslo by Bane NOR who is also a leader in demonstrating environmentally friendly approaches to their European neighbours.

“We consider collaboration and the sharing of knowledge to be crucial and we are happy to share the technology with any country wishing to partner with us. We have therefore focused on a major joint effort in which we learn from one another and share costs. We are excited that Portugal will now be joining the effort,”

Nine countries have now joined up and are using the technology, these are Belgium, Denmark, Finland, Luxembourg, the Netherlands, Spain, Switzerland, Sweden and Norway. Portugal is now coming on board and has become a test partner and are heading towards a full partnership. As part of the test phase, Portugal will learn the system whilst gaining experience from the other members.

Climate benefits from the system are made by measuring and monitoring the energy usage of trains and this can be carried out with data collected by Erex. Train operators can analyse where and when they generate and use the most power and this details how train drivers should drive in order to minimise consumption.

“Modern trains work in the same way as an electric car. The train generates power when braking and consumes more power when it needs energy to accelerate,”

Energy savings can be made during braking and by train drivers altering their driving style to use less power.

“We find that certain train drivers make consumption savings of up to 30 per cent. This energy is fed back to the electricity grid via the catenary line and can be sold on to other trains or consumers like you and me. In the past, much of this energy was lost because of heating and braking,”

“This is crucial for the climate and for the railway becoming even more competitive,” On 21st July an 87.25 km extension of Spain’s AVE high-speed rail from Madrid to Burgos was officially...