The naming follows a public consultation which saw approximately 6,000 local residents give their thoughts on the names of two railway stations. 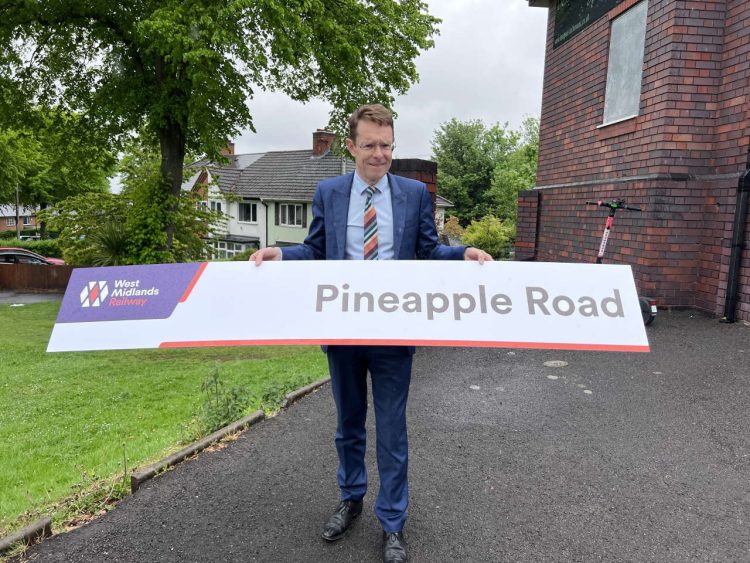 Transport for West Midlands (TfWM) and West Midlands Rail Executive (WMRE) have seen a fantastic response to the consultation after they asked residents to help out with the naming of the stations which will be built on the Camp Hill Line in south Birmingham.

The stations are set to be built at the start of November and, following the huge amount of feedback, Mayor of the West Midlands Andy Street has revealed that the stations will be named Moseley Village and Pineapple Road. A third Camp Hill Line station has already been named Kings Heath.

The huge £61m project is being led by Transport for West Midlands who are part of the West Midlands Combined Authority (WMCA) and the WMRE and will see three brand new stations built which will support regular passenger services as the Camp Hill Line makes its return for the first time in 80 years.

The public consultation responses were as follows:

Most people chose Moseley Village due to it sounding nicer and offering a better reflection of the area.

Those supporting Pineapple Road wanted a memorable name and also found that it made more sense for the station’s location than the others.

The Mayor, who chairs the WMCA, said:

“It’s brilliant to see that the naming of these stations has ignited such public interest. It’s a clear sign of just how keen local residents are to see this line reopened and why I have made it such a top priority.

“My task in selecting the winning station names was made very easy as Pineapple Road and Moseley Village emerged the runaway popular choices. And so as we bring these stations to life, I hope the community will feel a genuine sense of pride as they see the signs for the names they’ve chosen going up and train services running from the end of next year.”

“People have long campaigned to get these stations rebuilt and reopened to passenger services so I am not surprised so many came forward to help us decide what to call them.

“We are asking people to reduce car use to ease congestion, tackle pollution and meet our climate change targets and so projects like this are vital to provide them with sustainable alternatives.

“Now we can get on with the next stage of finalising the designs and getting construction underway later this year.”

£36m of funding is being provided by WMCA and £20m from the Department for Transport, the remaining £5m will be contributed by Birmingham City Council’s clean air zone fund.

VolkerFitzpatrick was awarded the contract to both design and build the three railway stations earlier this year. Rail industry partners for the project are Network Rail and West Midlands Railway.