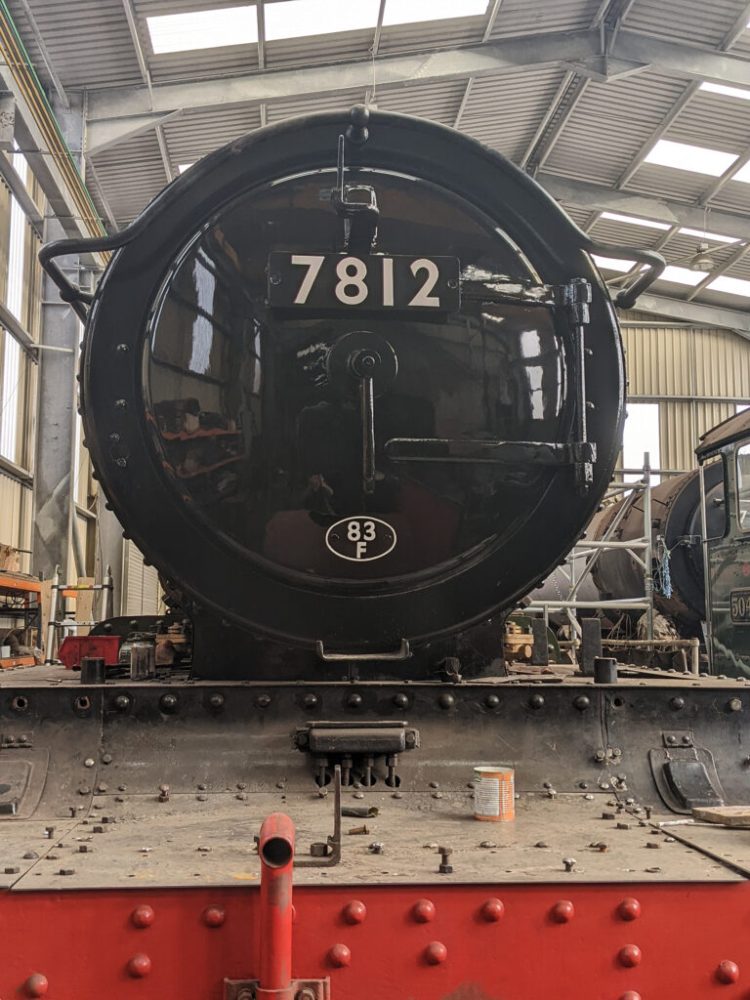 Since March, the focus has been on lagging and cladding the boiler and firebox, fitting out the cab pipework and floor, painting the locomotive, and recommissioning a 3,500 gallon tender to be paired with Erlestoke Manor.

By the end of April, reassembly of the pipework was well underway, and they had laid out steelwork for a new cab floor prior to cutting and welding.

At the beginning of May, the fireman’s cab side had been lined out, and with the boiler and firebox now clad BR green topcoat paint had been applied, with some rubbed down parts awaiting further coats, and the smokebox painted. Some finishing touches have also been completed in readiness for when they are needed such as lining out the cab side numberplates.

The tender has been in store at Tyseley Locomotive Works since summer 2019, having been paired with 7802 Bradley Manor until that locomotive suffered a piston rod failure.

Prior to that, the tender was paired with Erlestoke Manor from 2008 to 2017. It is now being recommissioned for use with 7812 again, including a full examination, some light repairs, and a partial repaint.

A team of volunteers from the West Somerset Railway has restored the paint finish on the tender tank. Although the previous paint work was still of a high quality with few areas requiring any remedial touching up, the top surface was well ingrained with general dirt and brake dust from its previous period in traffic. The finish was restored by first removing the ingrained dirt, then using Clay Bar to take the previous coats of varnish off. The end results provided a sound surface for local touching up followed by revarnishing to match 7812. Steam locomotive 7029 Clun Castle will be back on the mainline this Sunday as it hauls the Shakespeare...