Railway workers save a life at a Fife station 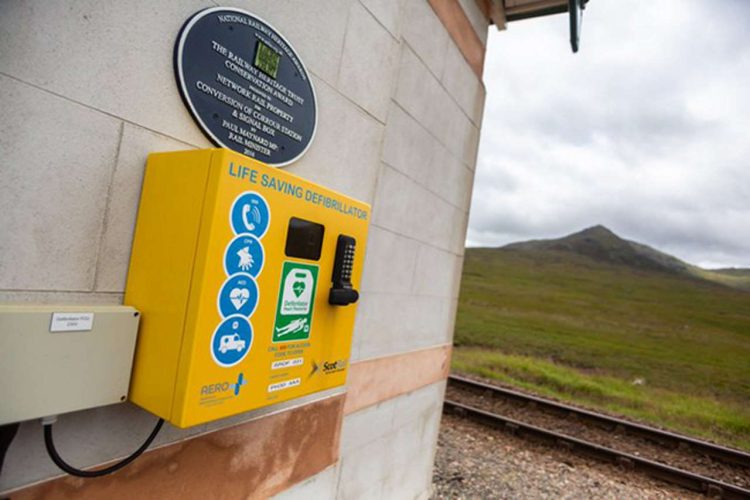 Two ScotRail staff members have been praised for their action taken after a fellow rail worker collapsed at a Fife station.

Lorna Bathgate and Charlie Algeo, who work for ScotRail, were praised for their life-saving intervention at Inverkeithing station after somebody collapsed on the footbridge.

Lorna works at Inverkeithing Ticket Office and Charlie is a Train Dispatcher were approached as members of the public raised the alarm about a customer who had collapsed at the station.

Quickly realising the person was not breathing, Lorna began to give CPR compressions whilst Charlie fetched the station’s Automated External Defibrillator (AED).

Lorna began to use the defibrillator whilst on the phone with emergency services and attempted to resuscitate their colleague.

Lorna and Charlie continued to provide CPR compressions alongside support from members of the public until paramedics arrived.

Thankfully, the person began breathing again only 20 minutes after first collapsing and by the time the paramedics arrived and is now making a good recovery with no signs of permanent damage.

An AED or defibrillator is a life-saving device which can be used to help save the life of somebody experiencing sudden cardiac arrest. The devices are easy to use, portable and feature clear step-by-step, instructions to enable anyone to use them.

“What started as a normal day heading in to work for one person quickly turned into a horrible nightmare which, thankfully, has had a positive ending.

“In an emergency, a defibrillator can be the difference between life and death, and that’s been proven true. It’s why we’ve made sure we have them at many of our busier stations across the country.

“The railway is often described as a family, and while they may not have known at the time, Lorna and Charlie’s actions helped keep that railway family together – they are a credit to ScotRail and I could not be prouder of them.”