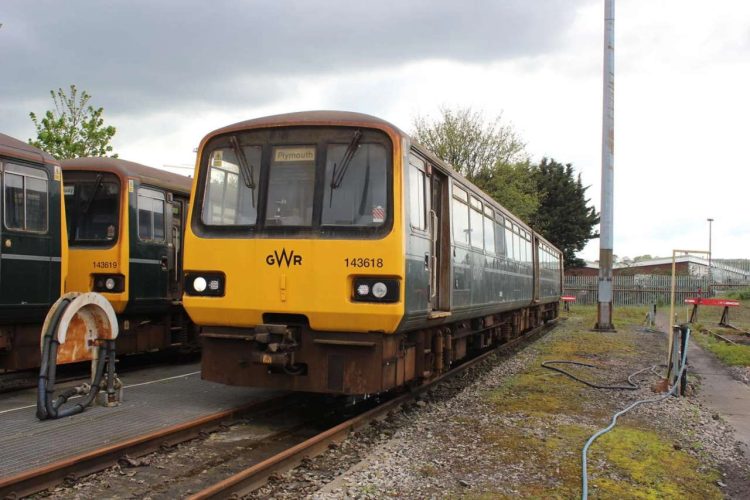 The railway is based at Marsh Mills on the outskirts of Plymouth in Devon. It operates trains for just over one mile to Plym Bridge on the former South Devon and Tavistock Railway, a branch line of the original Great Western Railway from Plymouth to Tavistock.

For many years, Class 143s were a common sight in Devon. This unit regularly worked between Paignton and Exmouth, originally with First Great Western and then GWR. It was withdrawn in December 2020 and stored at St. Philip’s Marsh depot at Bristol.

After arrival at Marsh Mills, the DMU will undergo examinations and conversion training for staff, and will then be available to be used in service. It joins Class 142 Pacer No. 142023 which joined the railway in January last year from Northern Rail. Having a second DMU will allow the railway the flexibility to maintain services while one undergoes planned maintenance. It also means services can be strengthened at times of high demand.

It is hoped that the unit will be ready for service for the railway’s upcoming Transport Weekend in July.

The Plym Valley Railway thanks GWR for their kind gesture, and is hopeful that when further assets become available they can work together again.