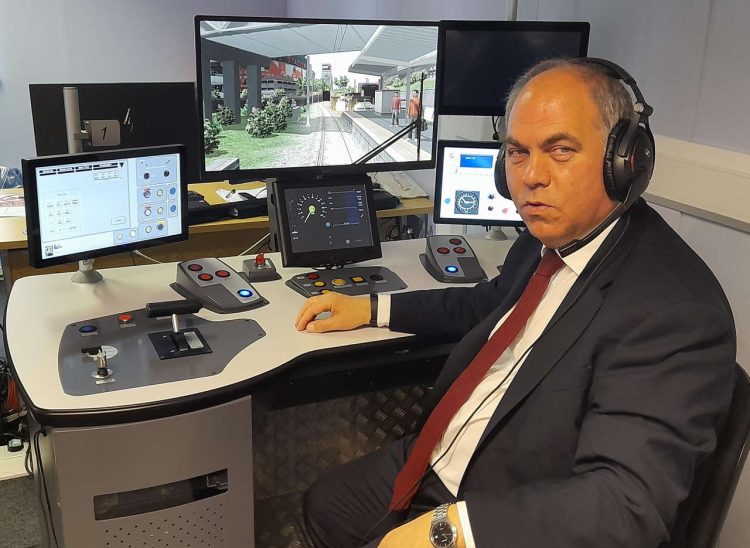 Bambos Charalambous, MP for Enfield Southgate, visited Great Northern’s train maintenance depot at Hornsey on Friday, 6th May where he saw how modern technology is replacing signalling on the Northern City Line.

Mr. Charalambous learned how Great Northern and its parent company Govia Thameslink Railway have worked with Network Rail, Siemens, and other industry experts to replace ageing signalling on the Northern City Line between Finsbury Park and Moorgate stations with high-tech digital signalling.

The new signalling is set to give rail passengers to the City of London from Enfield Chase, Winchmore Hill, Grange Park, Palmers Green, and Bowes Park much more reliable services.

The work was completed over the early May Bank Holiday, and is part of the Government-funded East Coast Digital Programme, which is removing traditional signals from alongside the tracks, with drivers taking directions from signals digitally relayed to screens inside their train cabs. This will boost reliability, reduce delays, and create a more modern and reliable railway for passengers. The Northern City Line is expected to be fully digitally signalled by 2024.

Sitting at a training simulator, Mr Charalambous ‘drove’ a Class 717 train as will be used on trains to Moorgate. Great Northern engineers, who are responsible for maintaining the fleet, then showed him the inside of a real Class 717 Moorgate train, already fitted with digital signalling equipment.

He also met the latest group of trainee drivers who have been recruited by Great Northern to boost its pool of drivers, so that drivers can be released for vital training in the new technology from January 2023.

“I am delighted to learn more about the much-needed investment in a key route for passengers in Enfield and Southgate to travel into London. Today’s visit has been a fascinating ‘behind-the-scenes’ insight into the amount of work that goes into delivering a programme like this, to ensure our railways are fit for the future.

“It has also been a pleasure to meet a number of Govia Thameslink’s newest recruits, starting their careers in the rail industry.”

“It was a real pleasure showing Bambos this new technology that the railway industry is deploying to transform reliability for our customers between Finsbury and Moorgate stations. I’m pleased he took a turn on the simulator as well – it’s no easy task driving a train!”