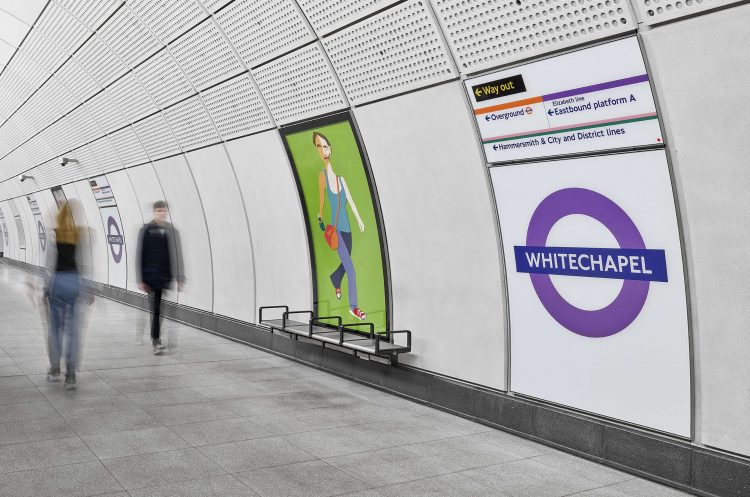 The central section of the Elizabeth line between Paddington and Abbey Wood has provided in excess of one million journeys for passengers since it opened last week. The entire line which stretches from Reading and Heathrow in the west to Shenfield and Abbey Wood in the east, has seen a massive two million journeys undertaken since Tuesday.

The arrival of the Elizabeth line has been welcomed by businesses throughout the route of the line with the new railway marking a new exciting era for the capital. The new line connects areas such as the world-leading financial centres in the Square Mile and Canary Wharf to essential business and event centres in the east, including the Royal Docks as well as London’s cultural and creative heart in the West End.

The Elizabeth line has seen a fantastic reception from both Londoners and transport enthusiasts from all over the world. Following its celebratory opening day, over a million customers have made use of the line, enjoying seamless travel right through the heart of London via the new central section. The Elizabeth line has seen a historic once in a generation addition to the transport network of London which will not only change how people travel in the capital but will also support new jobs alongside economic growth all over the country.

The impressive railway has also seen new journey options created alongside the creation of jobs and making for a huge economic boost for London and the rest of the country. The line has seen a growth in central London’s rail capacity of 10% which is the biggest single increase for decades and will aid the capital’s regeneration and recovery following the pandemic. The Elizabeth line also brings a reduction in journey times between Abbey Wood and Paddington by as much as half and is now approximately 29 minutes. Journeys between Farringdon and Canary Wharf have also seen a cut in time with travel taking around 10 minutes instead of 24.

London Transport Museum also revealed a range of Elizabeth line merchandise to celebrate the opening of the line. The range saw accessories such as face coverings, socks and bags as well as furniture items like sofas and armchairs featuring the new Elizabeth line Moquette. Customers were keen to snap up the merchandise which was on sale at the Museum’s pop-up shop at Paddington station on the opening day and even saw some ranges sell out within hours of the first train. The full range of merchandise is still available for purchase via the museum shop in Covent Garden or online. The summer will also see brand new Elizabeth line merchandise available such as mugs and limited edition t-shirts.

Rail enthusiasts have also been busy buying limited edition Oyster cards. The cards are available at the moment via machines at all stations on the line, as well as stops in Zone 1.

Sundays will not see Elizabeth line services in operation until later in the year, however a Sunday service will be in operation across the route on Sunday the 5th of June between Paddington and Abbey Wood and will run from approximately 08.00 to 22.00 to support the Platinum Jubilee celebrations.

“It has been fantastic to see the Elizabeth line receive such a great reception. Customers have been flocking to the railway in the hundreds of thousands each day since opening to marvel at our beautiful new stations but also to experience drastically shorter journey times. It is already having a transformative impact on local businesses and opening up access to new areas of London.”

“The Elizabeth line fundamentally changes London’s economic geography. As a global megacity, London is home to districts which are world-class destinations in their own right – the West End for shopping and entertainment; the City and Canary Wharf for financial and professional services; Royal Docks for huge events; and Stratford’s Queen Elizabeth Olympic Park for sports and culture. The new Elizabeth line connects these exceptional places with each other, with 1.5 million people, and with the world via Heathrow Airport. We know that London’s growth has been driven by the breadth of our offer – commerce, culture, and government all in one place – and now, all on one green, accessible, and very beautiful train line.”

“The Elizabeth line is a welcome addition to London’s transport system, and is already having a positive effect on both commuting time and experience for many of our London based staff.”

During the line’s construction, a huge supply chain has supported businesses of differing sizes and has seen jobs and skills created throughout the nation. Class 345 trains which run on the Elizabeth line were built in Derby, roundels and signage on the line have been made by a family-run business on the Isle of Wight, and a company from Leeds undertook the strengthening and protection of London’s Victorian sewer systems throughout the construction.