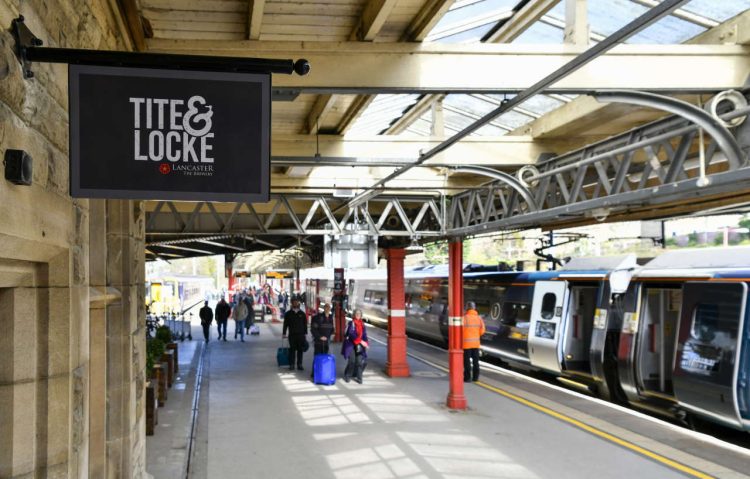 A disused storeroom at Lancaster station that been unused for over 40 years has been transformed into a pub.

Lancaster Brewery, Avanti West Coast, Network Rail, and The Railway Heritage Trust, worked together to transform part of the Grade II Listed building into the pub.

The pub is named “Tite & Locke” and is on platform three in what was previously the station’s old storeroom.

It celebrates the region’s railway heritage and is a cask and keg beer emporium owned by Lancaster Brewery.

Featuring an original fireplace and tiled floor that have been hidden for many years, the pub is adorned with railway memorabilia.

“We want to champion local businesses, so it has been great to work with Lancaster Brewery who shared our aspiration to transform this beautiful building and celebrate the region’s railway heritage.

“We’re delighted to see Tite & Locke open its doors and are proud to have played our part in bringing a new lease of life to this area of the station. We’re sure this unique space will be enjoyed by the local community and those travelling to and from Lancaster by train for many years to come.”

“It’s really been a long-haul involving years of discussion, work and worry but it’s clear all the pain has been worthwhile. It’s a beautiful little pub, in a fascinating location with a uniquely diverse customer base. Our thanks to Avanti West Coast and Network Rail who have proven to be insightful, encouraging, and inspirational partners.”

“The design of the new public house at Lancaster station is not only sympathetic to the historic nature of the building, but it also delivers a new leisure facility for passengers, making this key West Coast Main Line transport hub an even more welcoming place to be.

“With the rail network bustling again, we’re calling on businesses, health care providers, charities and community groups, to make use of the rooms within rail stations and the high footfall of people they bring, to develop their potential.”

“The Railway Heritage Trust has been pleased to support the Lancaster Brewery in the development of the Tite and Locke pub. We are very pleased with what has been created. It aligns well with our objective of bringing redundant space back into use at listed stations while at the same time creating a great new facility for customers.”