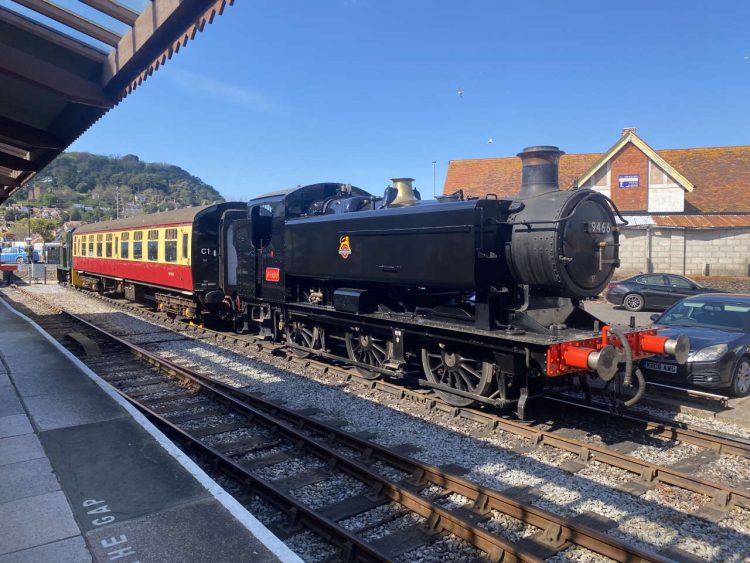 The West Somerset Railway (WSR) is preparing for its Spring Steam Gala, which is being held from Thursday, 5th until Sunday, 8th May 5 when there will be seven steam locomotives in operation.

This will be the railway’s biggest special event for almost three years and will see an intensive service of ten passenger and two demonstration goods trains being run every day. The WSR had to cancel all galas during the first two years of the Covid epidemic, although special Winterlight and Santa trains last December proved a huge hit.

Some trains will run the entire length of the line from Minehead to Bishops Lydeard and then to Norton Fitzwarren, while others will provide a local service from Williton. The railway’s Quantock Belle dining carriages will serve breakfasts and lunches, and buffet cars will also be open.

At Minehead, vintage buses will provide tours of the resort, whilst visitors to the station will be able to see work and operations in the engine shed.

During the gala, two notable visiting engines will join the WSR’s fleet of five steam locos, including the 70-year-old Pannier Tank No 9466. From Scotland, bright blue Caledonian Railway Class 439 No. 419 tank engine will make its first-ever trip to the West Country, whilst after 30 years British Rail standard Class 4MT No. 75069 will make a return to the WSR from the Severn Valley Railway.

Some passenger trains will be double-headed, with two locos working together, while goods trains will recall the past when heavy loads on steep gradients meant banking engines had to provide extra power at the rear.

Reduced fares are being offered for passengers to travel on up to all four days of the gala, while on Sunday, 8th May, children can travel with an adult a bargain fare of £1.

The railway will be joining celebrations of the Queen’s Platinum Jubilee in June, followed a week later by a 1960s Diesel Gala from 9th to 11th, June when an array of diesel locos will be showcased.

Where to see steam locomotive 45596 Bahamas this week as it visits Preston, Chester, Shrewsbury and Cardiff