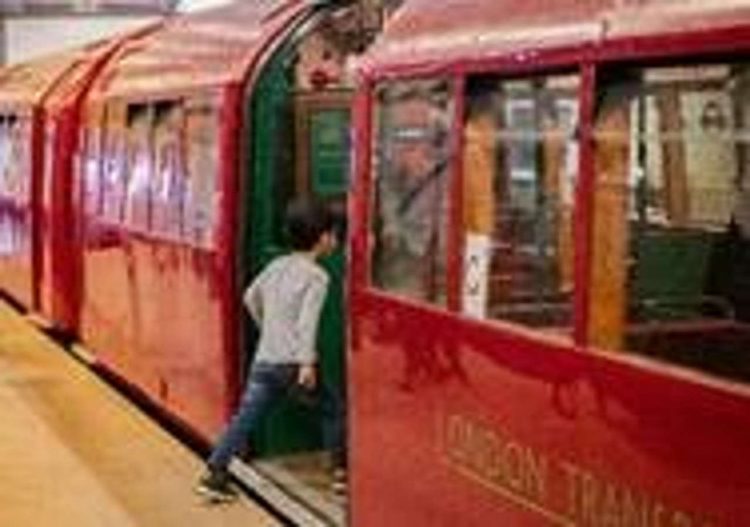 From Thursday, 21st April until Sunday, 24th April, London Transport Museum’s Depot in Acton, West London, will be open for the public to explore its working collection store and the museum’s iconic collection of transport posters dating from around 1905.

The ‘Art of the Poster’ Open Days are part of the BBC’s Art That Made Us Festival. Visitors can take a tour behind-the-scenes in the Depot’s poster store which is usually closed to the public.

There will also be talks, creative workshops, and family activities that will show how art and design have characterised London and its transport for over 100 years. During theopen days, there will be a number of special events.

On Thursday 21 and Friday 22 April visitors can try their hand at creating their own posters with artist Emma Hockley in creative workshops. Using collage and lino cutting techniques, they can also craft their own design inspired by the capital, from its transport and landmarks to its people and culture.

On Saturday, 23rd and Sunday, 24th April London Transport’s miniature railway will be running, and passengers can travel on replica models of Underground trains used on the Metropolitan line between the 1920s and 1960s.

Families visiting the ‘Art of the Poster’ Open Days can:

Tickets to visit the depot are timed and must be booked in advance online. Adult tickets cost £15 and tickets for children cost £7.50. Children aged 3 and under go free. Concessions are available and local residents living in Ealing, Hounslow and Hillingdon can enjoy 1/3 off tickets. To book visit: https://www.ltmuseum.co.uk/whats-on/depot-open-weekends/art-poster

Visitors should check the full programme online when buying their ticket as certain talks and activities only take place on set days.

Tickets for the miniature railway will be sold separately on the day.

The brand new Elizabeth line sees over one million passenger journeys in its first five days since opening!