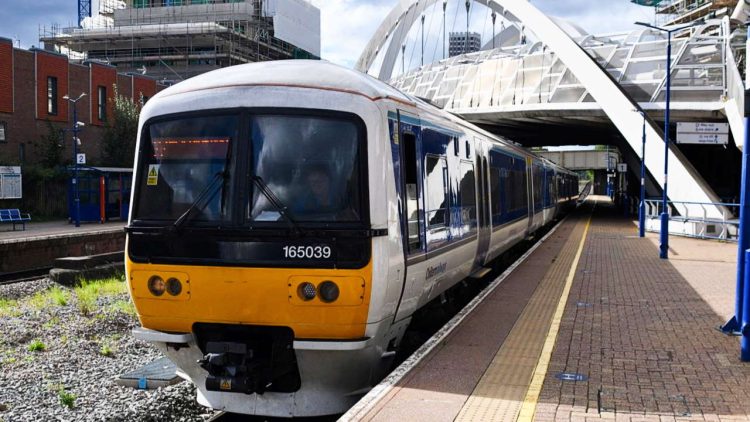 Network Rail has issued a further reminder to Liverpool and Manchester City football fans not to attempt to travel by rail to and from the FA Cup semi-final this Saturday, 16th April, because of major railway improvements taking place.

Essential upgrades are taking place at multiple locations along the West Coast Main Line, which means that London Euston Station will be closed to main line train services, and there are no direct trains from Liverpool Lime Street or Manchester Piccadilly to London Euston.

Since the Football Association (FA) confirmed that the match would kick-off at 3.30 pm, Network Rail has been advising football fans travelling from the North West to avoid getting to or from the game by train. Any trains that do run will be busier than usual, and fans will need to use rail-replacement buses to travel from Merseyside and Manchester to Wembley.

Football fans should also avoid alternative rail routes, such as CrossCountry services or the Chiltern Main Line, because they too will already be busy because of the engineering work.

Further disruption to services in the Northwest on both Saturday, 16th, and Sunday, 17th April will be caused by RMT strike action that will affect TransPennine Express services across the north of England.

Dave Penney, Network Rail passenger director for the North West and Central region, said: “We have a strong track record of working closely with partner organisations like the FA to minimise disruption for passengers as far as possible, for example by giving prior notice of engineering projects which could impact on sports or large-scale events.

“Unfortunately, this year there is a clash between our £22m Easter railway upgrades and the FA Cup semi-finals, and regrettably these works can’t be deferred as it would waste millions of pounds of taxpayers’ money and cause further unnecessary disruption to passengers. We’re urging football fans in Liverpool and Manchester to avoid going to or from the match by train, and instead follow the FA’s travel advice on how to get to Wembley on Saturday 16 April.” 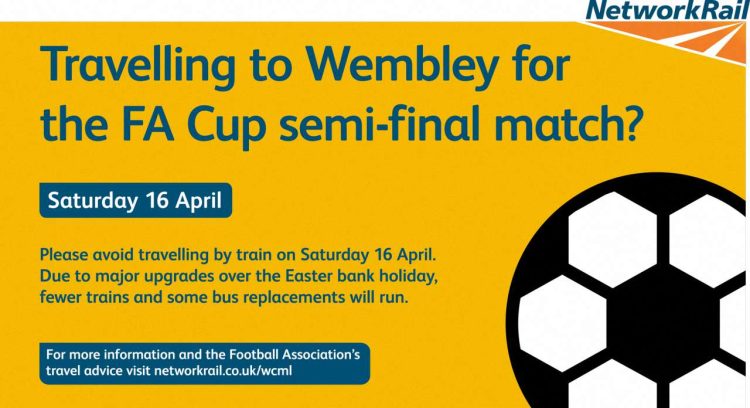 Supporters can use any of the following underground and overground services and stations to access Wembley Stadium: