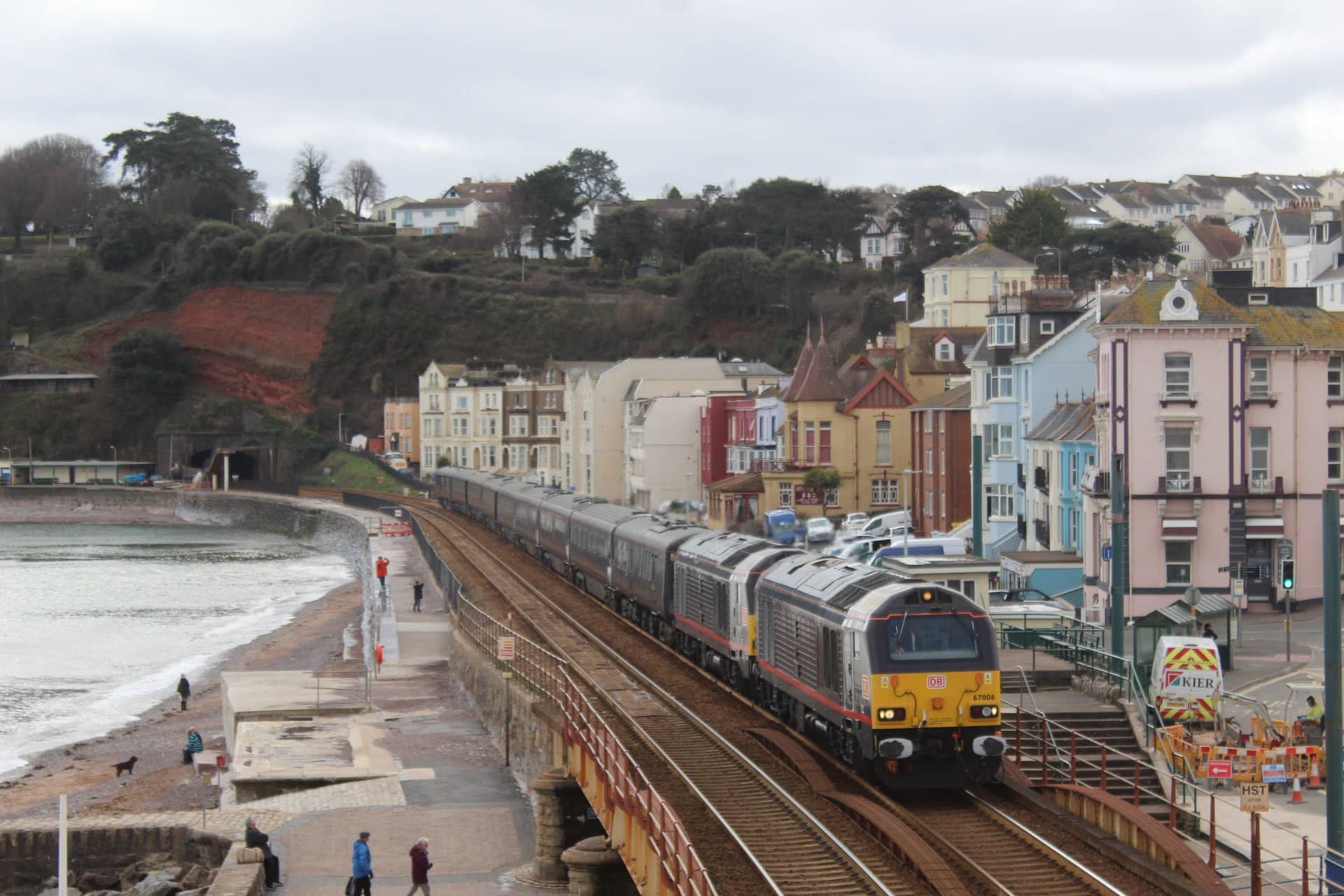 The government has announced that a further £32 million of funding is to be provided to protect the railway line where it runs along the sea wall at Dawlish.

The extra funding, which was announced by Rail Minister Wendy Morton on Friday, 1st April, will pay for vital netting and fencing between Dawlish and Holcombe, to prevent storm debris from reaching the railway. It will protect passengers and safeguard access to the network for local residents, helping to create more resilient transport links to the area.

This latest round of funding follows three earlier phases of work, taking the total for this stretch of line to over £150 million, and is part of the government’s £155 million investment to level up connections between communities in the South West.

Following the devastating storms of 2014, which saw the railway damaged beyond use for eight weeks, the government intervened to prevent this from happening again by launching the South West Rail Resilience Programme (SWRRP).

The new funding is part of the SWRRP £155 million government investment to level up connections in the South West and deliver reliable and punctual journeys across Devon and Cornwall, boosting the local economy and tourism in the process. This includes:

“Devon’s iconic sea wall and the picturesque towns surrounding it are jewels in the British crown, and we’re committed to protecting this vital line and the communities it serves.

“Through our wider £155 million investment, we’re also working to boost connectivity and support the thriving local economy and tourism.”

“We are delighted to once again receive the support from government, which enables us to carry out the next phase of our resilience work between Dawlish and Teignmouth.

“This will mean that passengers using GWR and CrossCountry services on this vital rail link to and from the South West will have more reliable journeys, as the railway along the Devon coast will be better protected from rising sea levels, extreme weather, landslips, and rockfalls for the next 100 years.”