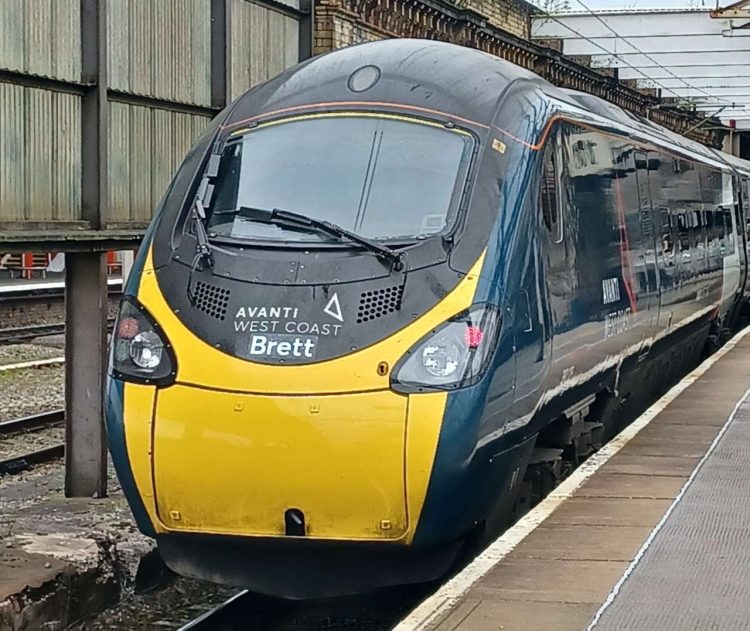 Avanti West Coast’ Pendolino 390129 ‘City of Stoke On Trent’ now has cab-end name plates in honour of one of their Duty Control Managers.

“Brett” now features on the each end of the train in memory of Brett Hobson, an Avanti West Coast Duty Control Manager who lost his battle with cancer earlier in 2022 – aged just 41 years old.

Appointed in 2016, Brett was known for his calmess in a crisis.

390129 was cheekily nicknamed ‘Pride of the Fleet’ with several of his colleagues also coming from Stoke.

Brett’s sense of humour always shone, even at the end, when Brett joked that it would be funny if a train was named after him.

An Avanti West Coast spokesman said “We could not think of a more fitting tribute to a workmate, a friend and just a really good person.

“His family also hopes that this acts as a reminder to colleagues across the network to look after your health and have any concerns thoroughly checked out. Brett’s cancer wasn’t diagnosed until it was too late and he was adamant he didn’t want that to happen to anyone else.”

“All his colleagues will be sure to raise a smile when we see your train Brett.”