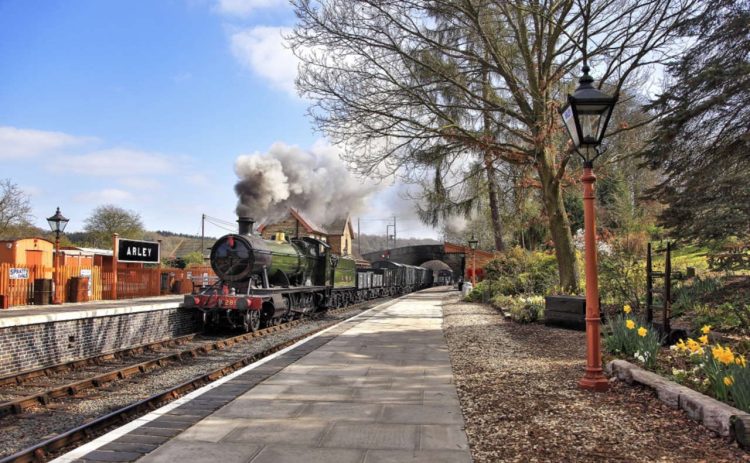 In light of the conflict in Ukraine, Severn Valley Railway cancels both of its 1940’s-themed weekends set to take place later this year

Severn Valley Railway (SVR) along with the rest of the UK have been utterly shocked and appalled by Russia’s brutal invasion of Ukraine which has led to the railway cancelling both of its planned 1940’s war-themed events as being inappropriate during this time.

“Like everyone in the country, we have been horrified and saddened at the atrocities that are taking place in Ukraine as the result of Russia’s invasion. We feel that the wartime elements of our Step Back to the 1940s event would be inappropriate at this time, and have therefore decided we will not hold them.

“The Severn Valley Railway will make arrangements for a future fundraising event in aid of British Red Cross’ Ukraine Crisis Appeal. All ticket holders for Step Back to the 1940s are being encouraged to hold onto their tickets which will be valid for a future date.

“Although we know the news will come as a disappointment to those who were looking forward to what is an extremely popular and enjoyable event under normal circumstances, we hope that everyone will understand the current situation and that we are doing what we believe is the right thing. Our thoughts are with the people of Ukraine.”

SVR will be reopening once again on the 2nd of April 2022 for the annual Open House Weekend and the Spring Steam Gala and Diesel Festival events going ahead as normal during April and May.

The well-loved heritage railway welcomes around 250,000 visitors each year and is one of the UK’s most popular historical attractions and heading quickly to its 60th Anniversary in 2025.

The railway is run by a hard-working and dedicated 1,600 strong volunteer base and operates full-size, standard-gauge railway lines with both regular steam and diesel hauled services over a picturesque 16-mile route between Kidderminster in Worcestershire and Bridgnorth in Shropshire.

SVR is also the home to six beautifully-maintained stations through the route and an Engine House Visitor Centre which is located at Highley where visitors can get hands-on with interactive exhibits which include up to eight steam locomotives, a stunning royal carriage, a ‘how the SVR works’ exhibition and café.