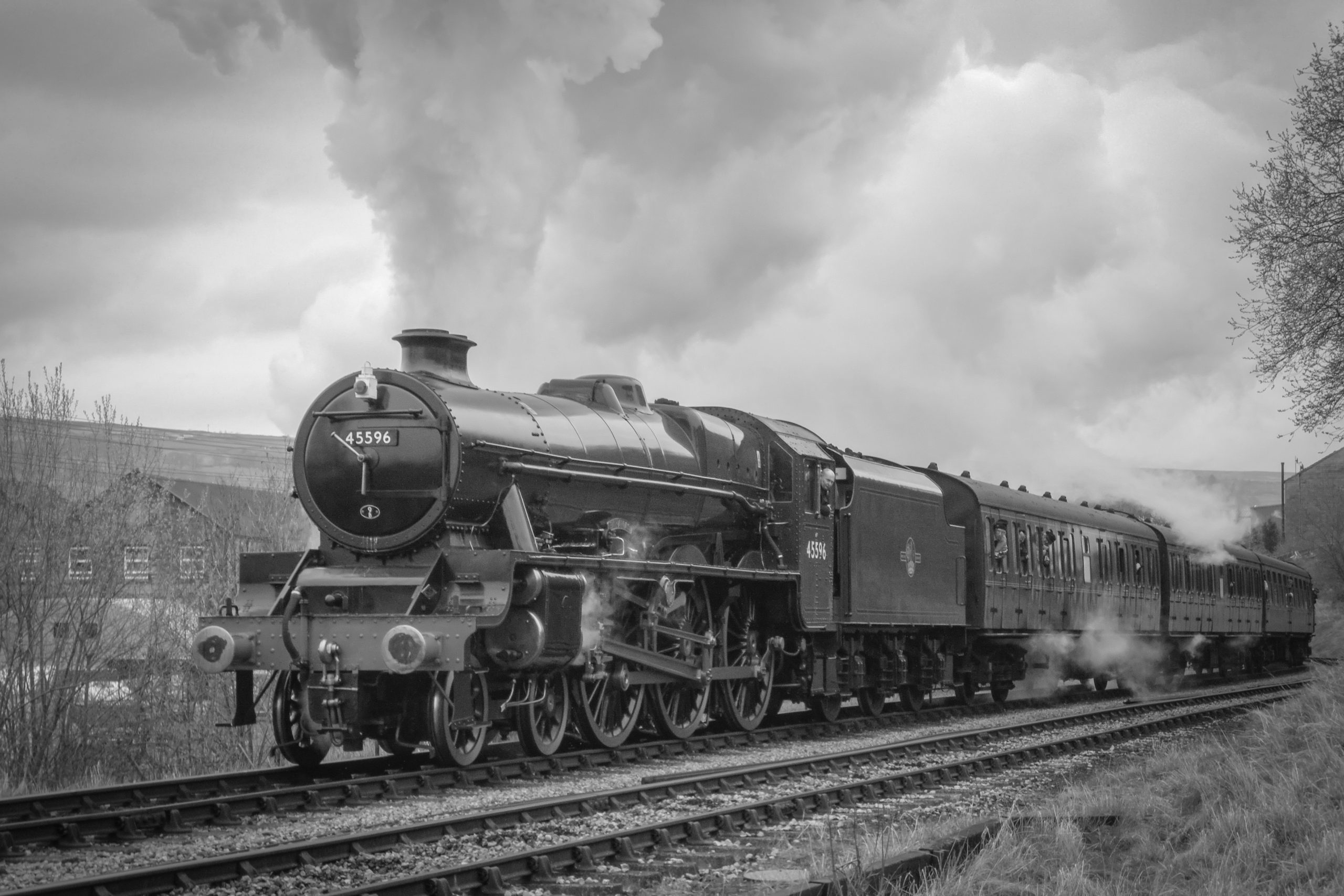 The Nene Valley Railway in Cambridgeshire has announced that LMS Jubilee No. 45596 Bahamas will be visiting their railway this June.

Visiting from the 4th until the 10th June 2022, the Jubilee locomotive will be hauling trains on the 5th June as part of the NVR Jubilee event.

The NVR will be Bahamas’ mainline base for the week, heading out to haul tours for various companies.

More information on the visit of Bahamas will be made available on the NVR website soon.

45596 Bahamas was built in 1934 by the North British Locomotive Company in Glasgow for the London Midland & Scottish Railway. 45596 was designed by Sir William Stanier and entered service in 1935. 45596 is the only ‘double chimney’ Jubilee locomotive after being fitted with it in 1961 as part of a trial.

In 1967, Bahamas was purchased from British Railways for preservation by the Bahamas Locomotive Society. After which, it was sent to the Hunslet Engine Company in Leeds for repairs and repainted into LMS Crimson Lake livery.

In 1994, the mainline ticket for 45596 Bahamas expired, with the locomotive spending the next three years running on heritage railways until its 10-year boiler ticket expired in 1997.

For the next 15 years, the locomotive moved between storage and static displays at the KWVR at Ingrow West and Oxenhope, as well as the National Railway Museum in York.

A Heritage Lottery Fund application in 2012 was successful and allowed an overhaul to be completed. In September 2018, 45596 Bahamas was fully restored and in steam at the Tyseley Locomotive Works Open Day.

Do you like the featured image used in this article? You can purchase a print through the RailAdvent Online Store (RailAdvent Plus members receive a 15% discount – find out more on that here).

Reinstatement of the Levenmouth Rail link moves forwards, evidence of works popping up throughout the route. RailView capture impressive footage of 45596 Bahamas on The Jubilee Buxton Spa Express on the 4th of June...