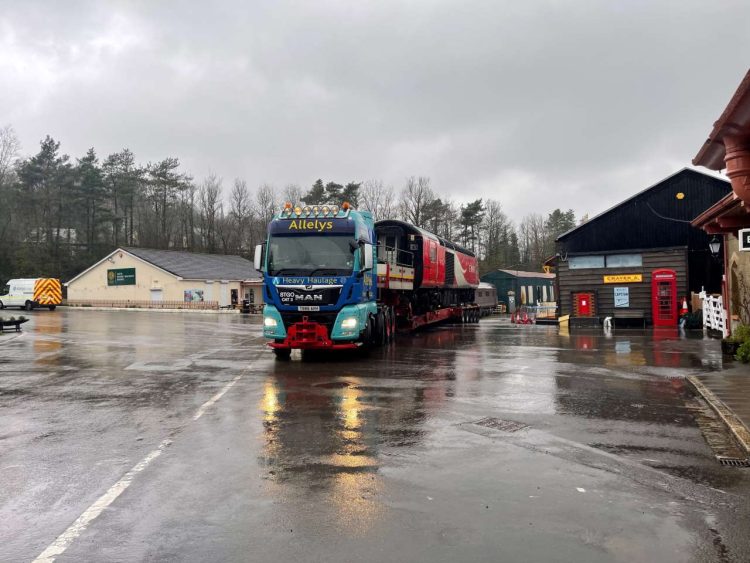 The unit is one of five power cars that make up Colas’ fleet of vehicles which are used on Network Rail’s test trains that carry out inspections of railway track across Britain.

The power car arrived by road at South Devon Railway Engineering’s base at Buckfastleigh in Devon on Friday, 11th March.

On arrival, it was transferred straight into the railway’s workshops for overhaul, including component renewal and a repaint.

Unfortunately, most of the time that the power car is at Buckfastleigh, it will not be available to view as it is located in areas of the workshops that are inaccessible to the public.