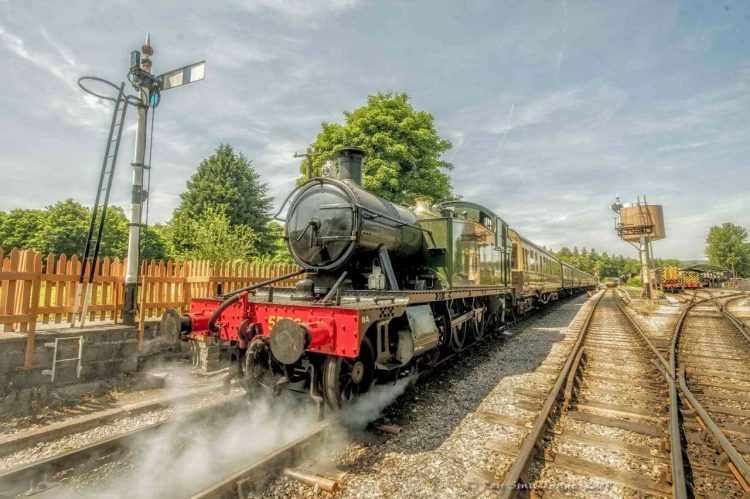 The Swanage Railway will be operating trains this February Half Term, and all will be hauled by visiting GWR Prairie 5526.

The 2-6-2 is visiting the Swanage Railway from the South Devon Railway, with thanks going to its owning company, 5526 Ltd.

The GWR locomotive is 93 years old and was built at Swindon Works.

5526 was primarily used on branch and secondary lines and headed into preservation after storage at Barry Scrapyard.

The West Country stalwart will be operating the Blue Timetable between Saturday 19th and Sunday 27th February – meaning 5 trips a day between Swanage and Norden.

This is the first time since 2016 that a Western engine has visited the Swanage Railway – the last was GWR Prairie 4247.

For more information on the Half Term services, please visit the Swanage Railway website.

Steam Dreams tour to Brooklands for recreation of historic painting