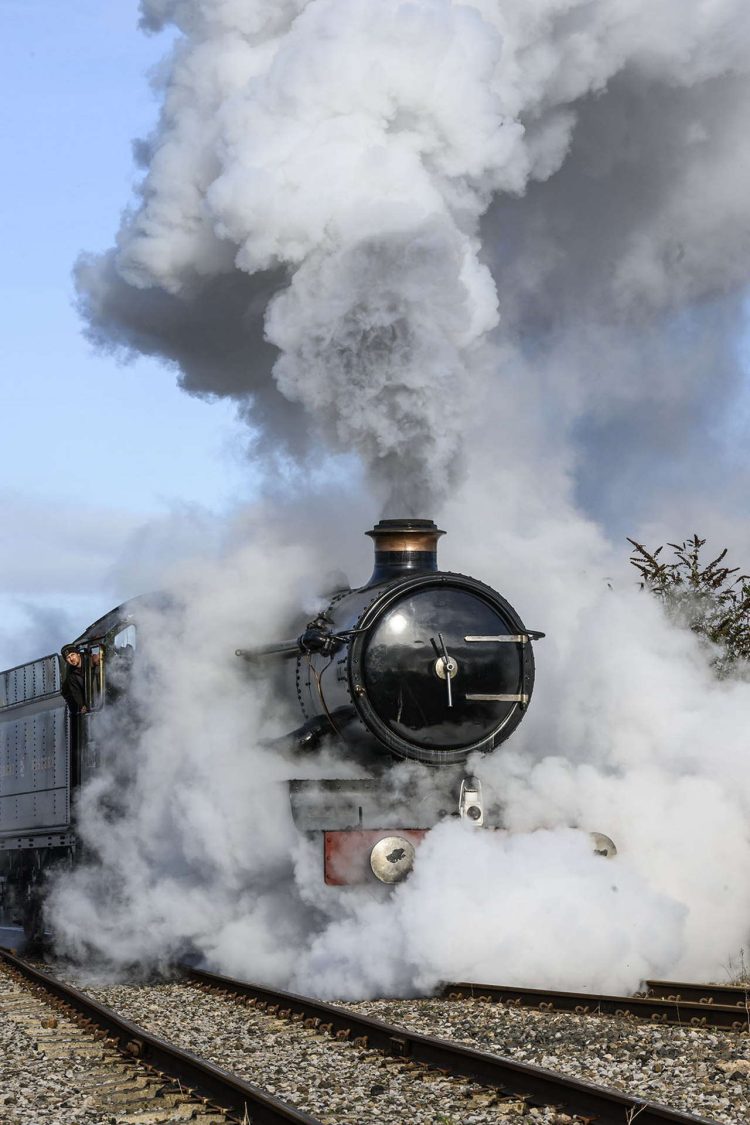 GWR Castle Class No. 4079 Pendennis Castle has moved under its own power for the first time in nearly 30 years.

When the fire had raised a sufficient head of steam, and with Didcot Loco Manager Leigh Drew, Ali Mathews, and Drew Fermor on the footplate, Pendennis Castle moved under its own steam.

The recent work is the most extensive since its restoration at Swindon in 1964 and its return from Australia in 2000. A few small leaks were found that have gone on a snagging list, but no major issues were detected.

Locomotive Restoration Project Manager Drew Fermor said “To be the first person to make her move again since 1994 in Australia and since 1977 (when I was just 2 years old!) in the UK, that was an amazing privilege. To tell the truth, the whole thing was wonderfully uneventful.

“As she pulled out of the shed in front of the team that had brought her back to life, she just ‘went’. No drama, no problems, just a set of 6’ 8” driving wheels elegantly turning under that classic Castle shape and just the slightest exhaust note. Having stopped her, made her safe and passing our congratulations around in the cab, I jumped down and shared what had just happened with the No. 4079 Team that had gathered to witness their superb achievement”.

A Pendennis Castle launch event is being held at Didcot Railway Centre on April 2nd and 3rd.

Pendennis Castle is in line for the annual Steam Railway magazine award at the Heritage Railway Association’s awards ceremony later this year.

The restoration project is looking for votes in support, and these can be cast online before 18th February at: http://www.steamrailway.co.uk/the-steam-railway-award

Storm Eunice: ALL trains cancelled in Wales this Friday Didcot Railway Centre has taken delivery of a GWR carriage that was built for the broad gauge but...