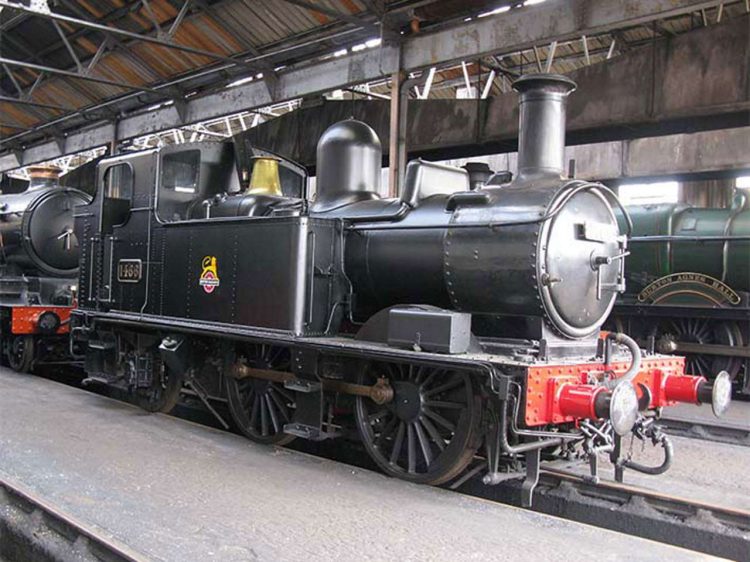 Thursday the 10th of February saw Great Western steam locomotive no. 1466’s boiler lifted into its frames in a trial fitting at WSR.

The trial fitting went very well and was said to fit perfectly, marking another achievement in the ongoing restoration of 1466.

The day following the trial fitting saw the BES boiler inspector take place and feedback were positive about the good work that had been carried out and the go-ahead received to carry out and complete all of the final riveting needed. When the riveting is finished, 1466 will have a completed boiler shell.

1466 was the first locomotive preserved by the Great Western Society, in March 1964.

The photos below were taken by Phil Morrell and show the boiler over the frames, and also lowered into the frames during the trial fitting.

March 1964 saw 1466 as the first locomotive to be preserved by the Great Western Society which came about following a letter written by four schoolboys to the Railway Magazine in 1961 to build support to buy a 14XX Class tank locomotive to preserve in running order.

To find out more about 1466’s restoration or to help raise funds for the last stage by making a donation, please visit: https://didcotrailwaycentre.org.uk/product.php/76/1466