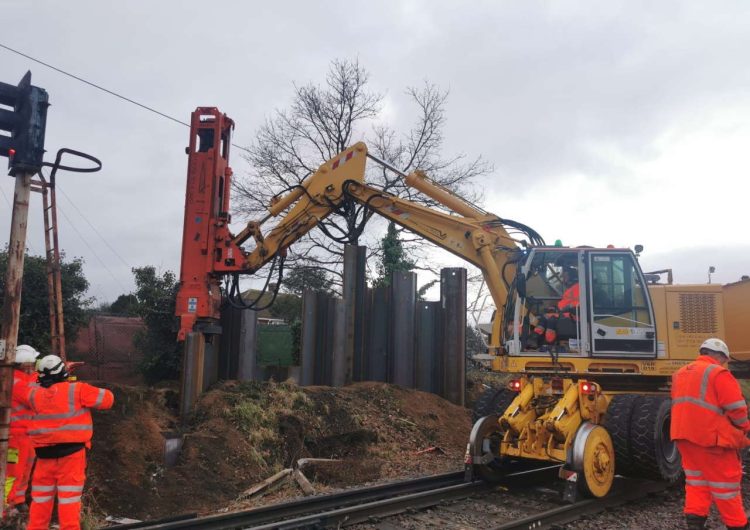 The railway line between Windsor & Eton Riverside and Staines will be closed for one week at the end of February for a major rail upgrade.

The line will be closed from 21 to 27 February so that work on a £380m upgrade to the 1970s signalling infrastructure can be carried out. Closing the line for a week will avoid closures over several weekends and deliver the improvements quicker.

The upgrade is part of the Feltham-Wokingham Resignalling Programme, which is replacing 50-year-old signalling on SouthWestern Railway (SWR) lines in southwest London, Surrey, and Berkshire. Since the start of the pandemic, Network Rail’s Wessex Route has invested £520m in improvements.

Over the next 12 months, new signals using the latest digital technology will be installed on the line before being switched on in 2023. Over the next two years, new signalling will be extended to the Feltham, Kew Bridge, and Wokingham areas.

As well as the signalling work, engineers will also carry out maintenance of the track, third rail power supply, and bridges.

Clearance of litter and graffiti will also be carried out to provide a more welcoming and reliable railway.

Further resignalling work will continue throughout the summer, with associated line closures:

Network Rail’s Wessex route director, Mark Killick, said: “We’re really grateful for the patience of our customers as we continue these vital improvements.

“Our new signalling system will replace the 1970s technology still in use today and make the line much more reliable.

“By doing the work in bigger chunks called “blockades”, we can avoid a long series of weekend or bank holiday closures over a number of years. It means we can deliver the benefits for passengers much quicker, and it’s also more efficient.”

Christian Neill, SWR’s Customer Experience Director, said: “There’s never a good time to close the railway and, of course, such a long closure will inconvenience our customers.

“Unfortunately, it’s not possible to complete the planned amount of work with trains still running, but I’d like to reassure customers that these works will provide long-term reliability to our services as well as an opportunity to clear litter and graffiti from the line.

“I appreciate it’s hard for people who rely on the railway and we’re very grateful for their patience whilst these works take place. I’d like to advise anyone planning to travel to check if their journey will be affected as buses will replace trains and some journeys will take longer than usual.” Steam locomotive to haul London to Windsor train this Tuesday