Network Rail to upgrade footbridge over railway in South Yorkshire 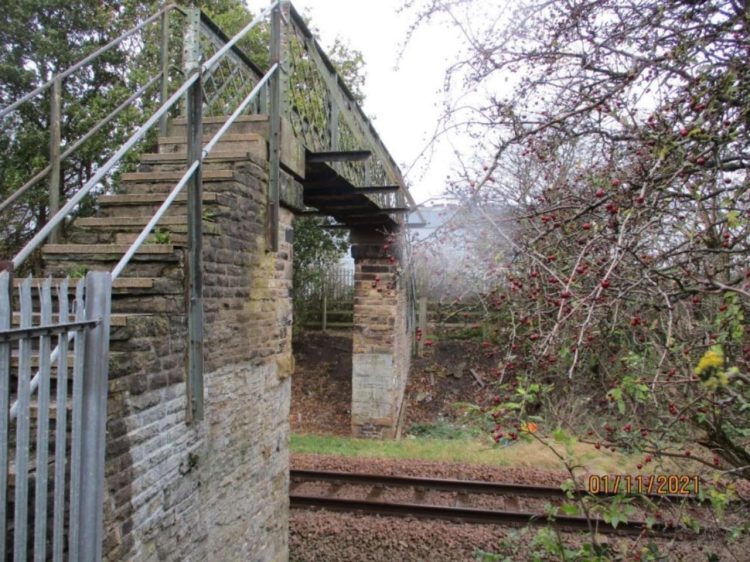 Network Rail has started a £60,000 project to upgrade a footbridge over the railway in Dodworth two miles west of Barnsley in Yorkshire to make sure it remains fit for purpose for years to come.

The bridge spans the line between Dodworth and Silkstone Common on the Penistone Line between Huddersfield and Sheffield, and provides a convenient access between Champany Fields and Fall Bank Crescent in Fall Bank Industrial Estate.

Work is scheduled to last from Monday, 10 January until Friday, 11 February 2022. During that time, Network Rail teams will carry out strengthening work on the footbridge by repairing the steelwork, installing new anti-slip decking, fitting a new handrail, and repainting the bridge. Whilst the work is taking place, an alternative route via Station Road in Dodworth will be in place.

Dodworth station was originally opened by the Manchester, Sheffield and Lincolnshire Railway in 1854. It closed on 29 June 1959, although coal traffic from an adjacent mine continued to be dispatched by rail right up until its closure in 1985. The former sidings have since been lifted and the site redeveloped.

The current station was reopened on 15 May 1989 as part of the South Yorkshire Passenger Transport Executive’s plan for the line, which included opening stations at Silkstone Common and Dodworth.

Matt Rice, Route Director for Network Rail’s North and East Route, said: “We know this bridge is commonly used by walkers and this project will make sure this route can continue to be enjoyed for years to come.

“During the work, a temporary diversion route will be in place and we’re sorry for any inconvenience this causes. We’re looking forward to the work completing next month and for the community to begin using the new and improved footbridge.”