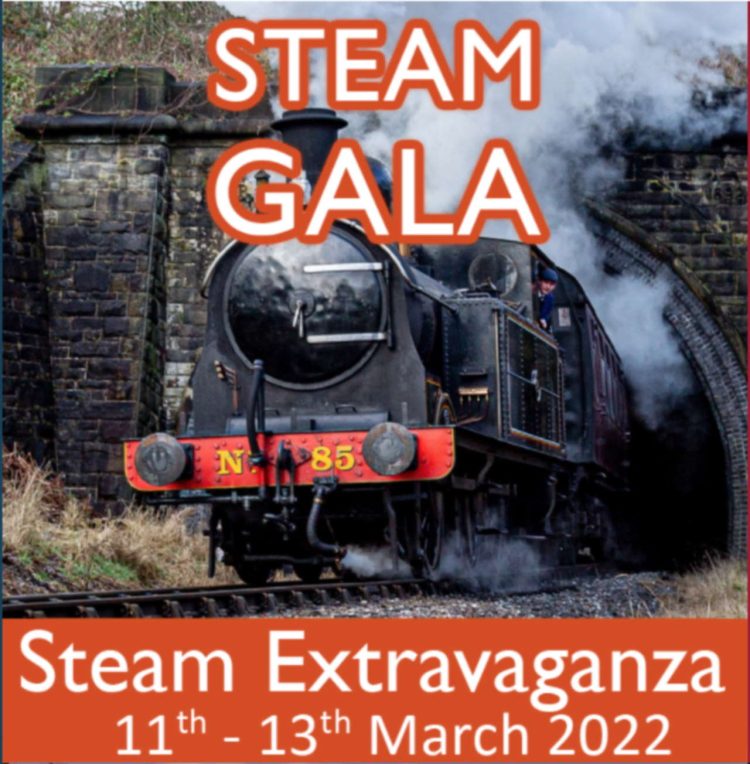 The Keighley & Worth Valley has announced its first galas for 2022 with a Steam Gala in March and a Diesel Gala in June..

The first event of the year sees the return of the Spring Steam Gala after a couple of turbulent Covid-stricken years.

The gala will take place from Friday, 11th March and run until Sunday, 13th March. Highlights over the weekend will include a goods train demonstration, intensive passenger services, and double-headed steam specials.

Visitors will be able to ride behind both guest and home fleet engines across the three days, with intensive passenger service running on the railway.

The popular on-train Real Ale Bar will serve a selection of real ales from local breweries and hot and cold drinks.

Among the home fleet engines running will be:

Many visitors won’t remember steam traction, so the Heritage Diesel Gala will bring back memories of those machines that worked right from the end of steam right up until recent memory, and sometimes continue to do so.

The event will take place from Friday, 10th June until Sunday, 12th June. Along with the two home fleet diesel locomotives, the weekend will feature Guest Locomotives as well as the railway’s collection of yard shunters which will be leaving the Yard hauling selected services on the main line. The resident railbuses will also be out in force.

The home fleet diesel locomotives are: