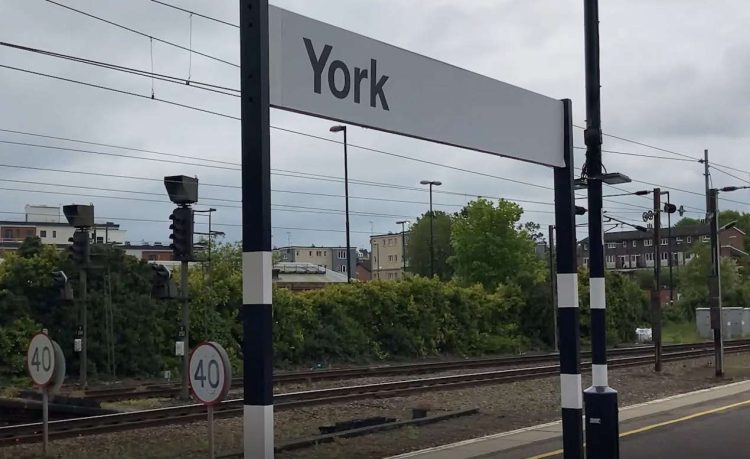 Earlier this year a planning application to modernise the station was approved.

The project also involves removing Queen Street bridge as it hasn’t been used since the 1960s.

Removing it will create space to improve access for all modes of transport, and also reveal hidden sections of the city’s historic walls.

The council has developed the York Station regeneration project in partnership with the West Yorkshire Combined Authority, Network Rail, and LNER. It will change and improve the entrance to the railway station, to:

Relocation of part of the station building is a key part of the project, and the council’s Executive has agreed to enter into funding and development agreements with LNER and the West Yorkshire Combined Authority to progress the scheme.

The full scheme is valued at over £25 million and is funded by the West Yorkshire and York Transport Fund and the Leeds City Region Transforming Cities Fund, which aims to help more people to walk, cycle, and use public transport.

Councillor Keith Aspden, Leader of the City of York Council, said: “This is another significant step forward in the project to transform York’s historic railway station.

“The station front upgrade will not only provide a much-needed modernisation of the station and surrounding area, creating a fitting gateway to our beautiful city, but it is also an integral part of the wider York Central scheme.

“The progress of this major project is a testament to the work of the council and its partners. We are hugely grateful to the West Yorkshire Combined Authority, Network Rail and LNER for their efforts to bring this ambitious project to life.”

Councillor Andy D’Agorne, Deputy Leader of City of York Council, said: “York station has welcomed visitors and business to the city since 1877, whilst undergoing several redesigns to ensure it is fit for purpose.
“The station front upgrade project will improve the user experience of the station as well as make active and sustainable travel much more attractive, including opening up a new route underneath the City Walls.”

The project is directly linked to the York Central Access scheme, which will redevelop the land to the rear of the station. The West Yorkshire Combined Authority has agreed initial funding to place orders with statutory utilities and to finalise land purchasing negotiations.

Councillor Susan Hinchcliffe, Chair of the West Yorkshire Combined Authority’s Transport Committee, said: “We’re delighted to be working in partnership with City of York Council, Network Rail and LNER on this important scheme, which will make it easier for people to walk, cycle and use public transport.

“It is more important than ever that we continue to invest in a modern, accessible transport network, which supports economic growth by connecting more people with jobs, training, and education.”

“This scheme will better welcome visitors to this historic city, make onward travel much easier, and create a more pleasant environment for everyone using the station.”

Claire Ansley, LNER Customer Experience Director, said: “We are pleased that plans to improve the area to the front of York station have taken an important step forward. Once delivered, the changes will complement the improvements LNER has made to the inside of the station, ensuring that all visitors and customers have a special, warm welcome as they arrive in the city”