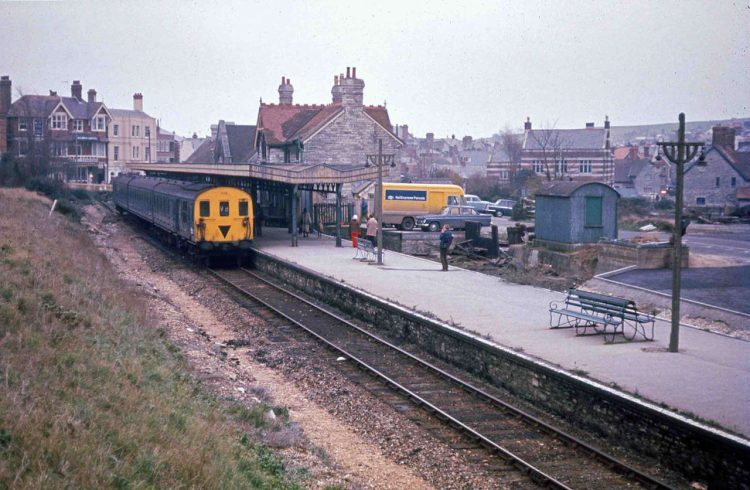 The event marks the last British Rail train from Wareham to Corfe Castle and Swanage which ran in January 1972. The special trains will feature commemorative wooden headboards, made by devoted Swanage railway volunteer signalman Malcolm Munro who actually travelled on the last train as a 16-year-old.

The service will be operated by a heritage British Railways 1960-built three-carriage Class 117 diesel multiple unit, and will see five trains services operating each day between Norden, Corfe Castle, Harman’s Cross and Swanage from 10.30am to 4pm. The services will run each day on Saturday the 1st, Sunday the 2nd and Monday the 3rd of January 2022.

As part of the 50th-anniversary special service, the first 50 people to buy tickets online via Swanage Railways website for each of the three days will only pay the price of the 1972 British Rail train fare of 50p per person!

The 50p tickets will be available to buy online from Sunday the 5th of December 2021. Tickets for the event will also include a special Edmondson card ticket which has been made especially for those travelling between the 1st and 3rd of January 2022 inclusive.

The ten-mile branch line originally opened in May 1885 from Wareham to Swanage, with its closure by British Rail causing much controversy and despite a five year battle by locals and councils to oppose the decision. Sadly, the morning of Monday the 3rd of January 1972 saw the lines services come to an end.

Due to there being no winter Sunday train service the last British Rail train ran between Wareham and Swanage on Saturday the 1st of January 1972. This last service was made up of two three-carriage 1957-built British Railways diesel-electric multiple units which are more commonly known as DEMUs and nicknamed ‘Hampshire’ units as they had been built for service in that county. The final train left Wareham at 9.45pm for Corfe Castle and Swanage and was boycotted by Wareham councillors who protested furiously at the closure.

The last train carried 500 passengers each of who had purchased a specially printed British Rail Edmondson card ticket at the price of 50p for an adult and 25p for a child, as the train departed the gas-lit Swanage station platform at 10.15pm, passing through Corfe Castle at 10.24pm and arriving into Wareham at 10.40pm.

Malcolm Munro, Swanage Railway member for over 40 years and volunteer for 30 years, said: “It’s important that the 50th anniversary of the last British Rail train from Wareham to Swanage is marked because the branch line’s controversial closure led to a remarkable rebirth against all the odds – showing the power of the human spirit and what it can achieve.”

“It certainly doesn’t seem like half a century since that last train moaned and juddered its way through the Isle of Purbeck on that cold and depressing night. Few people on board the train thought the line would come back and the tearing up of the tracks six months later seemed to seal its fate forever.”

“Thankfully, a group of railway enthusiasts, and community volunteers, had other ideas. After four years of campaigning, the fledgling Swanage Railway Society was given a one-year lease of the boarded up Swanage station where restoration work slowly began in 1976 – second-hand track being relaid by hand.”

July 1972 saw British Rail contractors begin the demolition of the branch line, beginning at Swanage ripping up a mile of track each week and by September 1972 had removed six and a half miles reaching half a mile east of Furzebrook at Motala.

British Rail kept the first three miles of Swanage branch line open to allow the export of Purbeck ball clay by train from Worgret Junction on the London main line south of Wareham to Furzebrook.

As well as tickets being available to buy online, they can be purchased in advance via the station booking offices and also to buy on the day with return fares priced at £10 for adults, £5 for children aged 5 to 15 years of age, under-fives travel for free.

Available in advance – and on the day from station booking offices – return daily tickets for the Saturday, 1 January, to Monday, 3 January, 2022, inclusive, special commemorative heritage railbus diesel train service are £10 for adults, £5 for children aged five to 15 years with children aged under five travelling free. A convoy of four 1960s main line diesel has arrived at the Swanage Railway to star in the...