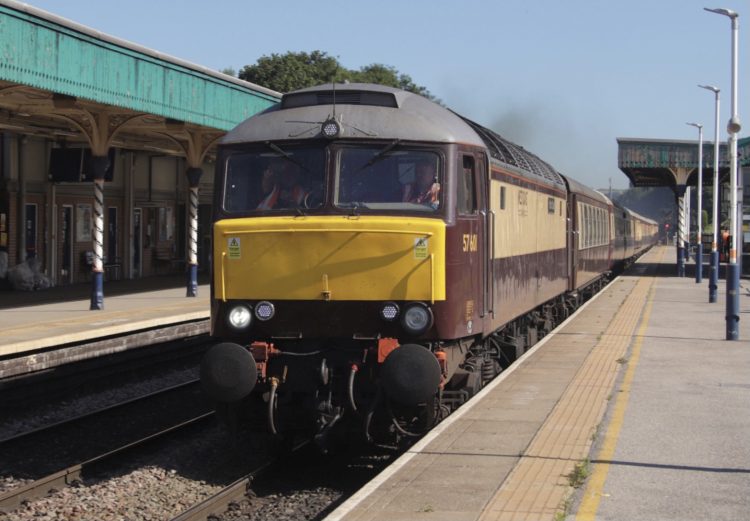 Class 57 on the Northern Belle at Chesterfield

Northern Belle has teamed up with Imagine, a cruise ship operator, to launch a number of week-long railway tours in 2022.

The opulent rail tour will also include incredible entertainment including an exclusive concert with Welsh opera superstar Katherine Jenkins which will be held at the Savoy, evening dinner entertainment with comedy legend Jimmy Tarbuck and former England football manager Harry Redknapp, a dance display will also be held by Anton Du Beke and Erin Boag at the Blackpool Tower Ballroom.

Passengers can also have fun seeking the elusive Lock Ness monster with a private boat trip around the stunning Loch.

All this luxury does come with a sturdy price tag of £4,499 but despite this two of the three tours in March have already sold out with more being added for June and September.

“With the long-haul cruise market slow to return to 2019 levels, Imagine Cruising, one of the UK’s biggest tour operators, decided to introduce a Land Cruise working alongside Northern Belle.

“This is a staycation for travellers and cruise fans.”