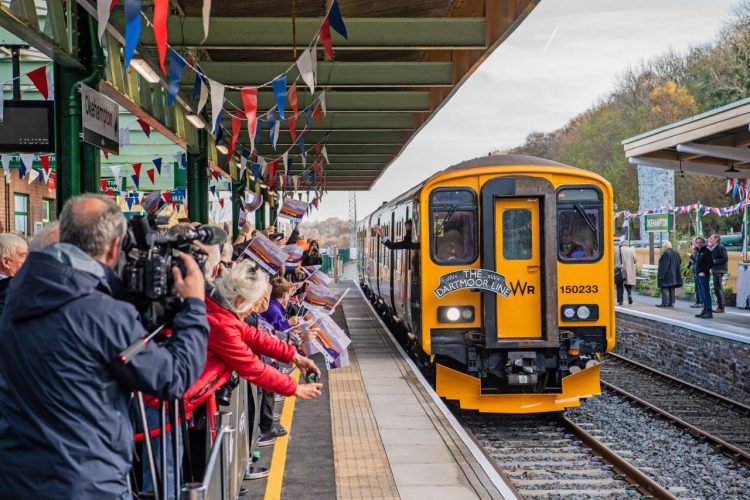 The Dartmoor line was the first to take part in the Government’s Restoring Your Railway schemes and saw huge Government investment of more than £40 million which enabled the project to get underway.

“Delivered £10 million under budget and within nine months, ahead of time, I am delighted to see that in its first two weeks the line is starting to flourish.

The first-weekday passenger train to operate on the Dartmoor Line in more than 50 years was dispatched by Transport Secretary Grant Shapps in an inaugural service which ran on Wednesday the 17th of November ahead of regular passenger services commencing on Saturday the 20th of November.

The first train made its way from Okehampton, carrying local school children, campaigners, railway staff, and those who have supported and helped realise the project.

“The Dartmoor Line has been a huge local success story – and these numbers show it. This link is already incredibly important to Okehampton, Exeter, Devon and to people from further afield visiting Dartmoor. It was brilliant to open the line last month, delivered two years early and £10 million under budget – now delivering for the local community.”

The project has seen an incredible combined effort by the Department for Transport, Network Rail and Great Western Railway (GWR) who together, saw the project accelerated and enabled the reopening of the railway for passenger services in just 9 months from receiving funding approval and even came in £10 million under budget.

Improvements in access to platforms 8-11 at London Euston completed