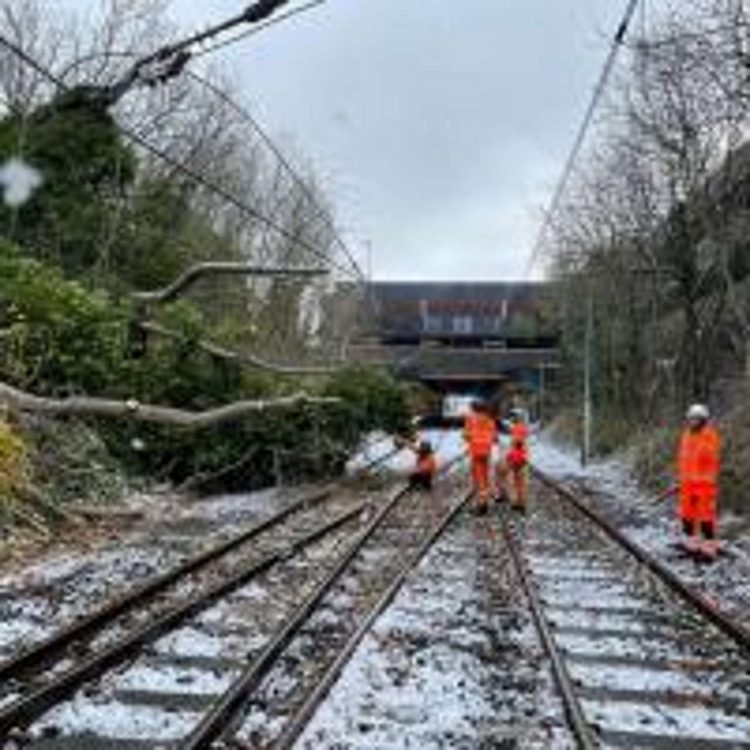 Maintenance teams have worked miracles to fix the extensive damage caused by Storm Arwen,Arwen, which was the worst to hit Metro in its 41 years of operation.

The storm hit the North East of England during the night of Friday the 26th of November and continued its destructive path until the early hours of Saturday morning, with the storm seeing the entire Metro system halted.

Nexus, who own and run Metro, sent crews out to manage the fallen trees and downed overhead cables in numerous areas following the 90mph gales.

The recovery operation saw the teams work right around the clock in freezing weather conditions.

The frontline workforce went above and beyond through freezing conditions in the face of unprecedented destruction to the network. The teams have put in incredible effort to get the majority of the Metro network back in action and open as usual for customers yesterday.

“This was one of the worst winter storms to hit the Tyne and Wear Metro in its history, but our maintenance teams rose to the challenge magnificently, pulling off our biggest every recovery operation.

“My thanks go to our customers for their patience during that period of major disruption. And my thanks go to all of our employees who have worked so hard, both during and after Storm Arwen had hit.

“They’ve really worked a miracle given the unprecedented scale of the damage that they found.

“It’s testament to their skill, dedication and professionalism that we have been able to get the system back on its feet so quickly, and in time for the start of the working week.

“The big challenge was having to undertake repairs at so many different sites. There were fallen trees at seven locations and it caused power lines to be torn down. In some instances more than just one tree had fallen on to the tracks. Resources were stretched like never before.

“The storm led to an unprecedented number of trees falling across Metro lines. We are already in discussion with the Department for Transport about the future funding required for Nexus to continue to maintain and renew Metro’s infrastructure, and the way we manage vegetation forms a key part of that ask, so we can ensure that ageing trees do not undermine the safe and reliable operation of our system.

“Our people are used to working in all kinds of weather, but the freezing conditions in the aftermath of the gales were particularly brutal, and yet they got through an astonishing workload on Saturday and on Sunday. I’m proud of them.”